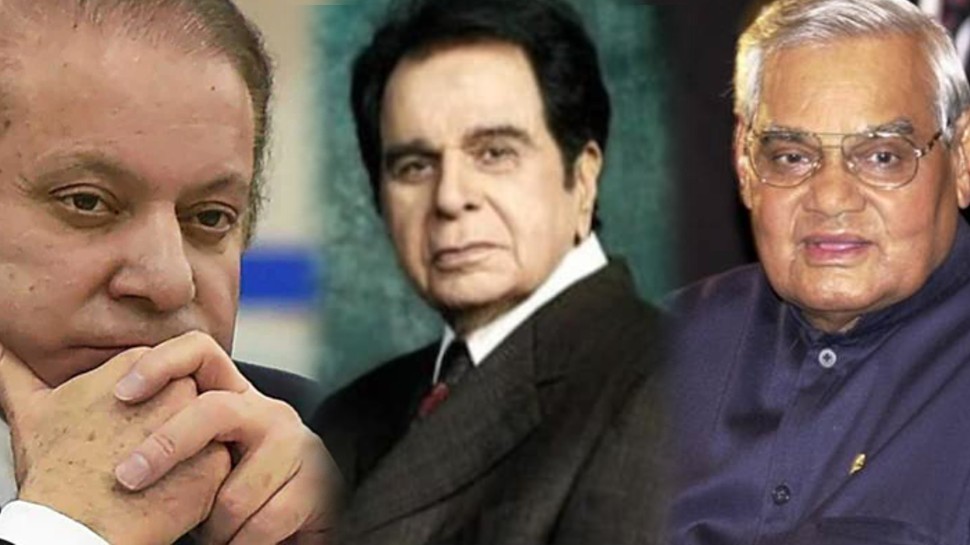 Dilip Kumar scolds nawaz sharif for the sake of atal bihari vajpayee | When Dilip Kumar had organized a class for Pak PM for Atal Bihari Vajpayee, taught the lesson of ‘sharafat’

The whole story is written ‘Nither a Hawk nor a Dove’

The relationship between former Prime Minister Atal Bihari Vajpayee and actor Dilip Kumar was very good and this was often revealed on many occasions. During the Kargil infiltration of Pakistan, there was an occasion when Dilip Kumar even scolded former PM Nawaz Sharif for Atal Bihari Vajpayee. Dilip had also advised Sharif to live with ‘sharafat’. Dilip Kumar had told Nawaz Sharif, ‘Mian sir, we did not expect this from your side, because you have always said that you want peace between India and Pakistan.’

It was said on the advice of Ajal

Dilip Kumar spoke to Nawaz Sharif at the behest of Atal Bihari Vajpayee and said, ‘I want to tell you as an Indian Muslim that in the event of tension between Pakistan and India, Indian Muslims They become very insecure and find it difficult to even step out of their homes. So do something to keep the situation under control.

Dilip Kumar Passes Away: Ever wanted to be a football player, became acting emperor

Actually, to understand this whole matter, it is necessary to mention Atal Bihari Vajpayee’s Lahore visit and 1999 Lahore manifesto. With this declaration, it was expected that now the relations between the two countries can be friendly. In this agreement, both the countries had also expressed their commitment to implement the Simla Agreement. However, this friendship did not last long and the situation became tense only a few days after Atal Bihari returned to India.