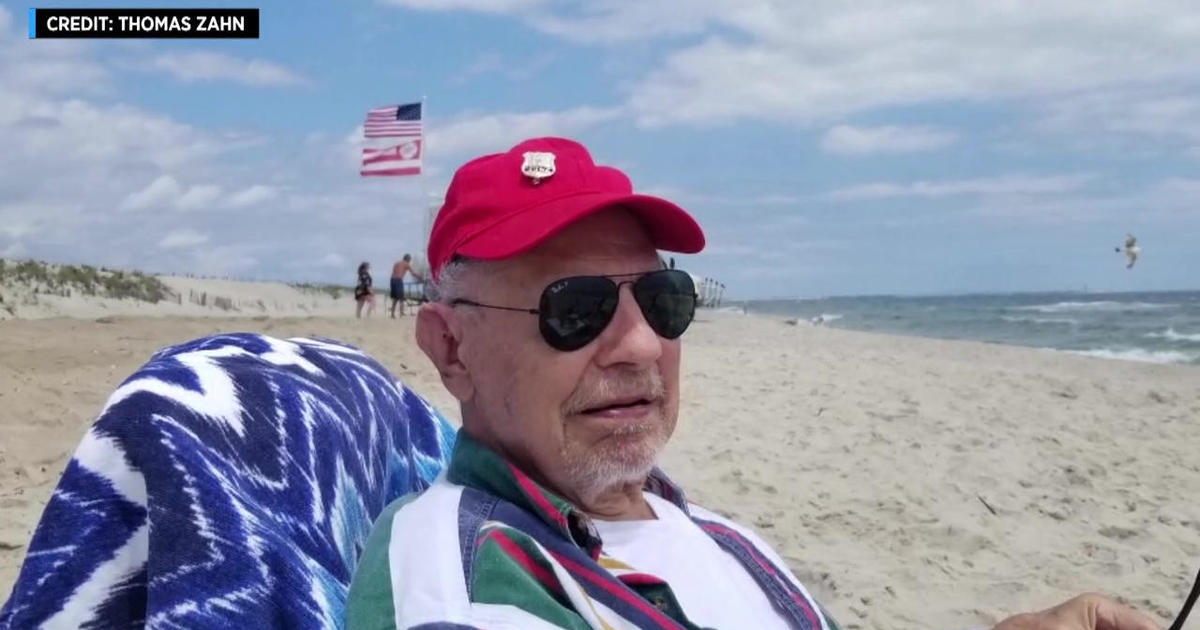 NEW YORK — A Dutchess County man says the home health aides he hired to care for his ailing father did more harm than good.

CBS2’s Ali Bauman investigates the claims and has advice for families seeking care for their aging relatives.

“I started seeing, like this lack of care,” Thomas Zahn said.

In 2020, he took his elderly father in to his Dutchess County home. But as 93-year-old Henry Zahn’s dementia progressed, Thomas Zahn could not care for him alone.

“He would get up late or early in the morning and kind of wander,” Thomas Zahn said.

Through his father’s health insurance company, Fidelis Care, Thomas Zahn found Genesa Home and Companionship Agency in the fall of 2020.

Thomas Zahn had previously installed surveillance cameras in his father’s living space. He claims they were in plain sight and the aides were made aware.

Thomas Zahn said he only started paying attention to the recordings when he noticed unexplained bruises on his dad.

“I took him to urgent care. We had the X-rays done. I had gotten this diagnosis that four ribs were fractured,” Thomas Zahn said.

Henry Zahn had fallen three days prior. His son said the aides picked him up and never reported it.

Debbie Drelich is an expert in elder care.

“In picking up the person, if you’re not really, really trained well, you can not only hurt yourself but hurt them more,” Drelich said.

Steven Schwartzman is also an expert in the care of aging people.

“What the aide often does is they take a picture of the bruise,” Schwartzman said.

“The expectation is they’re supposed to notify their agency of the fall and in many cases call EMS,” Drelich added.

Disturbed by the incident, Thomas Zahn said he checked old recordings for more. That’s when he says he learned at night, the overnight aide tied one end of his father’s catheter to his bed.

“It was almost like his tether, like his leash, so he wouldn’t go walking around. And that didn’t stop him. It just made it so much worse,” Thomas Zahn said.

When Henry Zahn wandered at night, the catheter stretched and ripped out of him, causing him to fall.

“I’ve heard some nasty things. That one you shocked me on,” Drelich said. “A person who is so overwhelmed and really just not properly prepared to care for someone in this situation.”

“The insurance company actually admitted to my client, Mr. Zahn, that this agency that they hired wasn’t even properly certified,” attorney Dana Stricker said.

Thomas Zahn claims Fidelis Care told him because of his location in Dutchess County, it could not provide an alternate agency.

His father got an infection after the catheter ripped out. Thomas Zahn believes it ultimately contributed to his father’s death, a claim Genesa denies.

“The infections lead to the antibiotics not working anymore and that’s how he ended up dying of sepsis,” Thomas Zahn said.

Neither Genesa nor Fidelis Care have answered any of CBS2’s questions about the allegations for this story, though Genesa denied the allegations of negligence in court filings.

In a statement, Fidelis Care told CBS2, “The health and well-being of our members is always our top priority. However, as a matter of policy, Fidelis Care does not comment on pending litigation.”

“Why did you want to file this lawsuit and bring attention to what happened?” Bauman asked.

“I can’t be the only one this is happening to,” Thomas Zahn said.

“Interview them, ask them for references,” Drelich said. “Do your due diligence. There is a nurses aide registry in the state that one can check to see if there are any allegations.”

Experts told CBS2 if a family suspects abuse they should contact the state Department of Health, and clients always have the right to ask an agency for a different home health aide.

Ali Bauman joined CBS2 News as a general assignment reporter in 2016. Ali is a proud millennial who embraces social media for storytelling to bring news to a new generation of viewers.