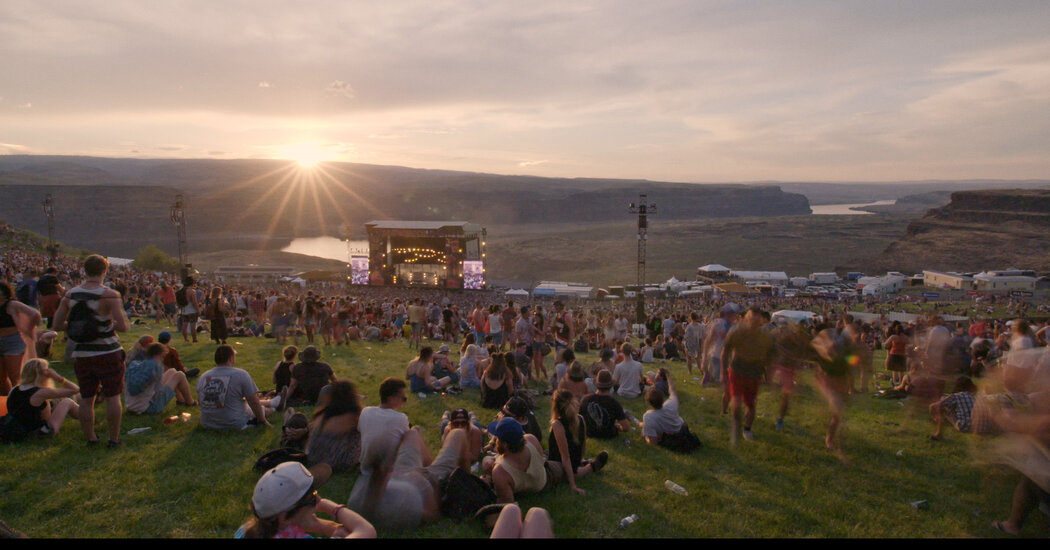 Which is the ideal place to experience live music? For some, a medium-sized hall with impeccable acoustics; for others, an intimate nightclub with a well-stocked bar; For others still, a clamorous, sweaty dive. For those who are able to get there, and who are concerned with its vibe, the Gorge Amphitheater in George, Wash., with its natural beauty and open-air sound, is heaven.

At the beginning of this friendly and completely non-critical documentary about the site, directed by Nick Davis, a geologist explains that the Grand Canyon was formed over five to six million years, but that this strikingly narrow canyon was a source of water for the flooding of the Columbia River. It took only minutes to build, whose geography practically demands an amphitheater.

The land once belonged to a few adventurous vintners, who arranged seating and started hosting minor concerts there. Promoters, sponsors, and others took notice, and after the 1988 booking of Bob Dylan, which showed the site’s commercial potential, the site grew.

It is now home to several genre festivals, and a Labor Day weekend event organized by the Dave Matthews Band. Matthews himself is a witty self-interviewer. Other famous players mostly chime with bromide. The footage of some concerts makes the place a great, if not exclusive, place to experience music.

Threaded through “Giant: The Gorge Story,” there are memories of Pat Coates, a devotee of the Gorge Show, sharing 30 years’ worth of sometimes exhilarating stories, one of loss. The dimension it adds is welcome. It reminds us that death is inevitable, even in an Anodyne documentary about a music venue.