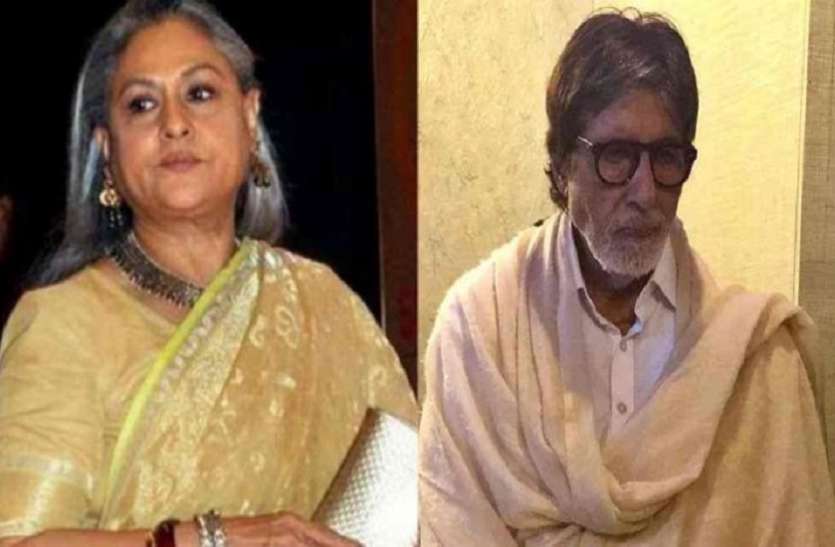 Even today Amitabh Bachchan is scolded by his wife Jaya Bachchan

New Delhi. Amitabh Bachchan, who is called the superhero of Bollywood, has a different status. He has given many blockbuster films to the industry. This is the reason why everyone respects him today. Apart from acting, Amitabh Bachchan also remains in the headlines for his personal life. He has been married for 48 years to Jaya Bachchan. The pair of both is very much liked. Both have seen many ups and downs in their married life but still their relationship remained strong. But even today, Big B is scolded by his wife Jaya on one thing.

Also read: When Rajesh Khanna asked Amitabh Bachchan – how is it feeling after becoming a superstar?

Revealed in KBC
This was disclosed by Amitabh Bachchan himself. He shared many anecdotes about Jaya in the 11th season of the reality show Kaun Banega Crorepati. In the show, he also told that by what name he has saved Jaya’s name in his phone. Actually, Big B shared many things with Sumit Tadiyal, a contestant from Uttarakhand in the show. Amitabh Bachchan asked Sumit how you and your wife live at home. In such a situation, the contestant replied and said, ‘There is a lot of quarrel, sir… now if there are utensils, it will ring.’

Saved the name ‘JB’
After this Big asked Contestant Sumit’s wife what do you call him home. In response, his wife said that I call him by name only. After this, Contestant Sumit told that he has saved his wife’s name in the phone as ‘Sunti Ho’. Hearing this talk of the contestant, Amitabh Bachchan also tells that we have also saved our wife’s name in the phone with ‘JB’. But today we will also change and name our wife ‘Sunti Ho’. Everyone started laughing after hearing this talk of Big B.

Still gets scolded
Apart from this, once in the show itself, Amitabh Bachchan had revealed that even today if he ever forgets the date of marriage, Jaya Bachchan makes fun of him and sometimes he gets scolded. After this Big B says that so I will give one advice to you and everyone else that no one should ever forget their wedding date. Let us tell you that Amitabh Bachchan and Jaya Bachchan got married on June 3, 1973.