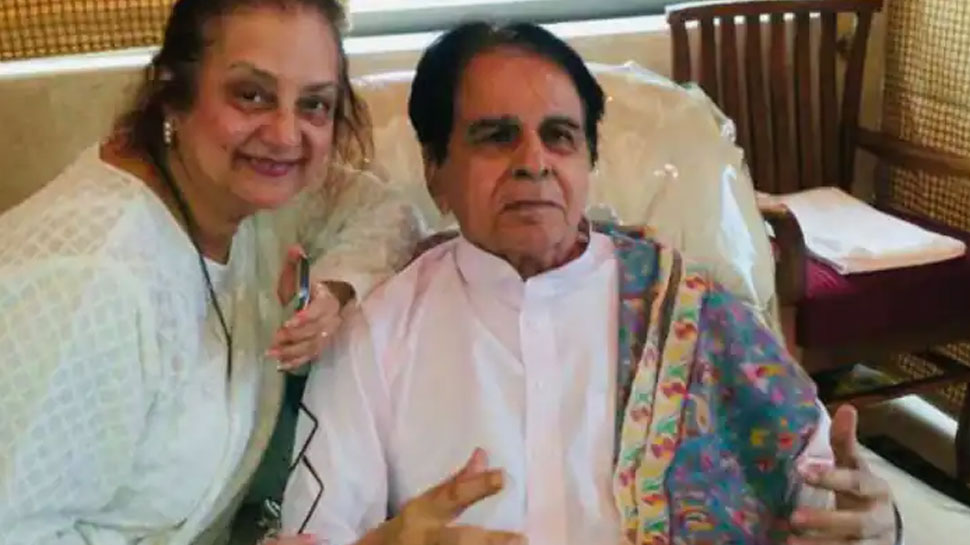 Faisal Farooqui shares a health update on Dilip Kumar, know how he is doing | How is Dilip Kumar’s health now? Was admitted to the hospital after difficulty in breathing

Mumbai: Well-known Bollywood actor Dilip Kumar was admitted to a hospital in Mumbai on Wednesday after he complained of difficulty in breathing. At present, his health is fine and he is under the supervision of doctors. He was discharged from the hospital about 10 days ago.

Ever since the news of his hospitalization came, fans are praying for his speedy recovery. Meanwhile, the family has shared information related to his health with the fans by tweeting from Dilip Kumar’s Twitter handle. The tweet read, ‘Dilip Saab has been admitted to Hinduja Hospital, Khar, due to age related problems, these problems are expected at the age of 98 years. Dilip Saab Appreciate all your love and prayers- Faisal Farooqui

Dilip Saab has been admitted to Hinduja Hospital, Khar to address medical issues related to illness which are frequently expected in a 98 year old. Your love and prayers are truly appreciated by Saab- Faisal Farooqui

According to hospital sources, the 98-year-old actor was admitted to Hinduja Hospital in Khar on Tuesday and is now in good health. This hospital is not a Kovid-19 centre.

A source close to the hospital said, “He was admitted to the hospital on Tuesday afternoon after he complained of breathlessness. Considering his age and recent hospitalization, the family decided to bring him to the hospital as a precautionary measure. He is fine. He is admitted in the ICU so that the team of doctors can keep an eye on his health.

Was discharged from hospital 10 days ago

Significantly, Dilip Kumar was admitted to the same hospital on June 6 due to shortness of breath. At that time, liquid collected outside his lungs, which was successfully removed by the doctors and five days later he was discharged from the hospital.

Dilip Kumar, fondly known as the ‘Tragedy King’, started his career with the film ‘Jwar Bhata’ in 1944 and went on to feature films like ‘Mughal-e-Azam’, ‘Devdas’, ‘Naya Daur’, ‘Ram Aur Shyam’ in his five-decade-long career. Gave hit movies like ‘. He was last seen in the 1998 film ‘Qila’.