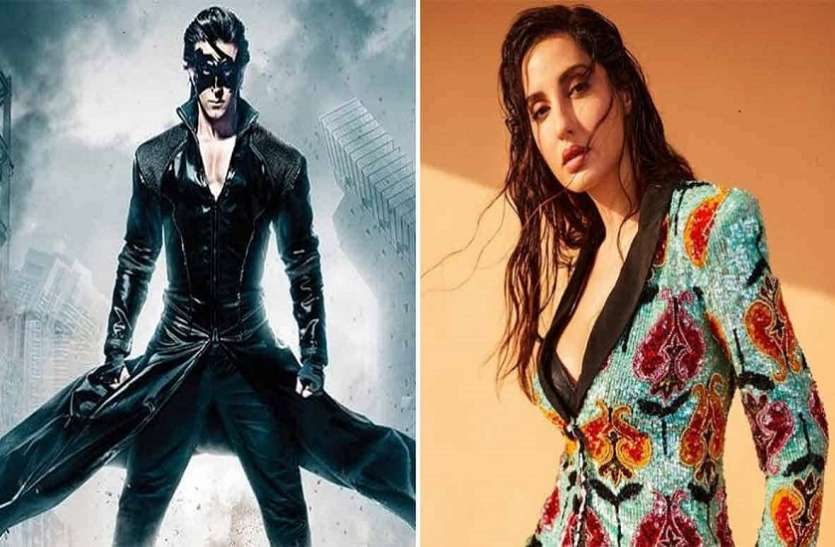 New Delhi. Superstar Hrithik Roshan’s film ‘Krrish’ is in the news. ‘Krrish’ completes 15 years on 23rd June. The actor posted a video on social media. After which the name of actress and dancer Nora Fatehi got rained in the comments. In which the fans are demanding from Hrithik to take Nora in the upcoming film. Know what is the whole matter.

Actually, Hrithik Roshan officially announced ‘Krrish 4’. Fans are demanding Hrithik to take Nora Fatehi in this film. In the name of Nora, fans have filled the comment box of Hrithik Roshan’s video. It is being told that director Rakesh Roshan’s DMM has been spammed. By the way, let us tell you that both Nora and Hrithik are also known for their dance. This is the reason why fans want to see both of them together.

The talk of casting Nora Fatehi in Krrish has spread like a fire on social media. Apart from ‘Krrish 4’, Hrithik Roshan will soon be seen in the film Fighter. The film was announced by Hrithik on his birthday. Let us tell you that actress Priyanka Chopra, Rekha and Kangana have also appeared in Krish earlier. Krish’s first year was released in 2006.

Also read- Hrithik Roshan was seen shouting at the employee standing at the hospital gate, the video is going viral

READ Also  Who is Dr. Elvis? is he married? Everything you need to know

Nora Fatehi is the best dancer

Talking about Nora Fatehi’s workfront, many music videos of Nora have been released. Also she appeared in the film ‘Street Dancer’, ‘ABCD’. Nora is also seen judging in dance reality shows. Let us tell you that Nora keeps posting her dance videos on social media.