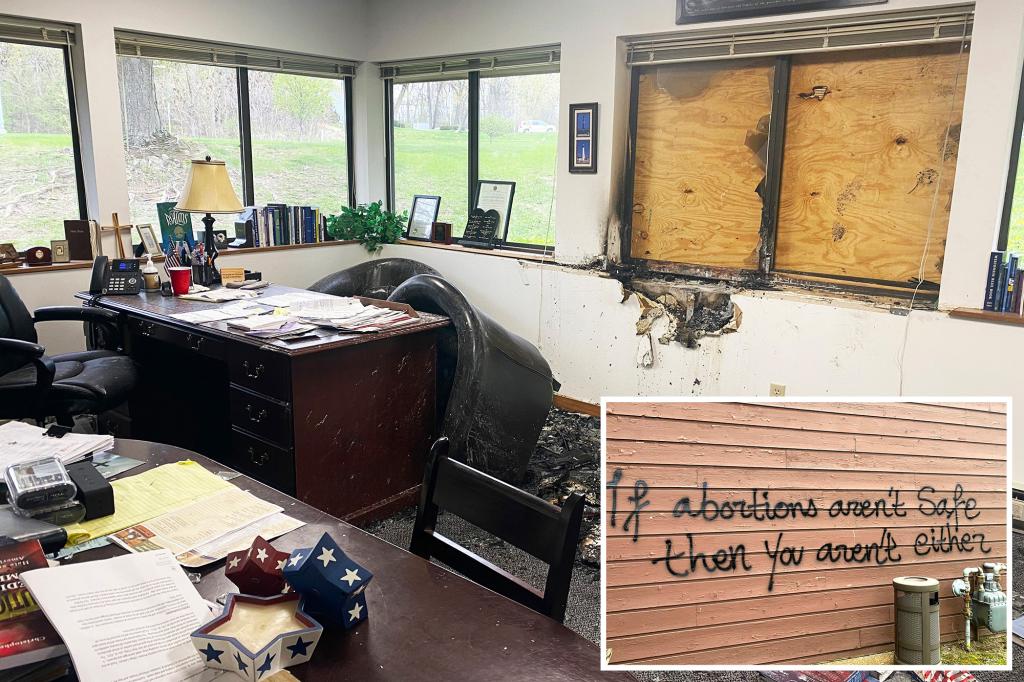 Fire broke out at the office of an anti-abortion group in Wisconsin on Sunday, and cops say they suspect arson.

The blaze at Madison’s Wisconsin Family Action — a political-action committee that according to its Web site works to “advance Judeo-Christian principles” — started around 6 a.m. when flames were noticed in its office, police told Madison.com.

A wall on the building of the organization also had been spray-painted with the message, “if abortions aren’t safe, then you aren’t either,” authorities said.

Nobody was hurt in the fire, and it isn’t known who wrote the message. Arson investigators are investigating the incidents, police said.

Police also said a Molotov cocktail that had not been lit was found inside the building.

The organization said it believes it is being attacked after the leak of a draft of a US Supreme Court decision that would overturn Roe v. Wade and threaten to radically alter the landscape of reproductive rights in the country.

Both local Democrats and Republicans denounced the Wisconsin fire and spray-paint vandalism.

In 2012, an anti-abortion activist was sentenced to 11 years in prison after lighting a Wisconsin Planned Parenthood on fire in nearby Appleton, Madison.com said.