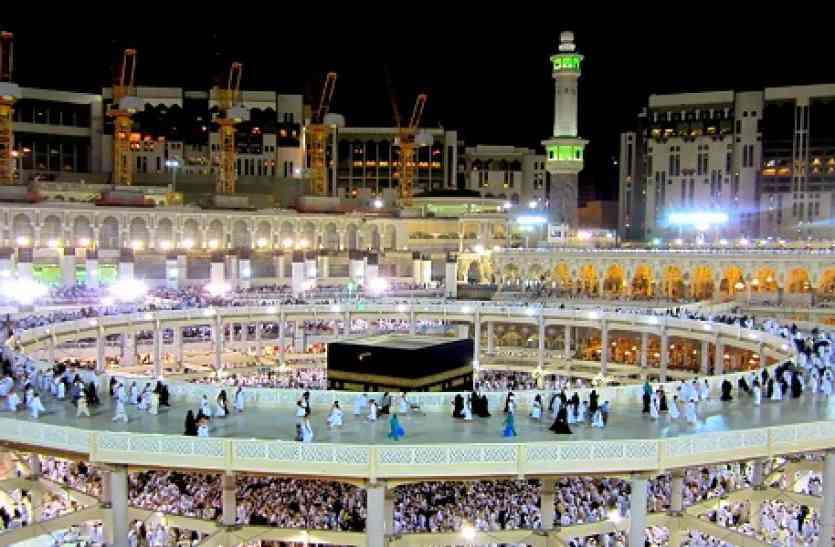 Mecca Medina: The condition of women in Saudi Arabia seems to be improving. Recently, the first women security guard has been deployed in Mecca Medina.

New Delhi. Even today women in Islamic countries have not been given the necessary rights nor have they been able to get the same rights as men. But gradually the situation seems to be changing. Recently, a woman has been appointed as a security guard in Mecca Medina, the holy shrine of Muslims in Saudi Arabia. Let us tell you that the name of this first female security guard is Mona and she wanted to become a soldier inspired by her father.

He has been appointed here only after Mona became a soldier. Mona is part of the Saudi Women Soldiers Group. That is why Mecca is stationed in Medina for the safety of Haj pilgrims.

Mona said in a conversation with the media, ‘I am following my father so that I can complete his journey. That’s why I am posted in Mecca Medina and it is a responsible job to serve the devotees who come here.

Mona studied psychology and later became a soldier. Her family supported Mona a lot in choosing a career. According to Mona, it is a matter of pride for her to serve the religion, serve the country and serve the guests of Allah.

Read More: If the money is not received in dowry, then the husband divorced from Saudi Arabia on the phone

It is noteworthy that since April, dozens of women soldiers have been appointed to protect the pilgrims in Mecca Medina. Saudi Prince Mohammed bin Salman is pushing for a number of social and economic reforms in the Kingdom to increase investor interest in Saudi Arabia. A blueprint for the reform process has been prepared, which has been named Vision 2030.

Prince Salman has done the work of removing many restrictions on women. For example, now adult women can move out of the house without the permission of their relatives and women have been given the right to control over family issues too. In such a situation, it can be said that the situation of women in Saudi Arabia is changing and the possibility of further changes according to Vision 2030 is also being strongly expressed.