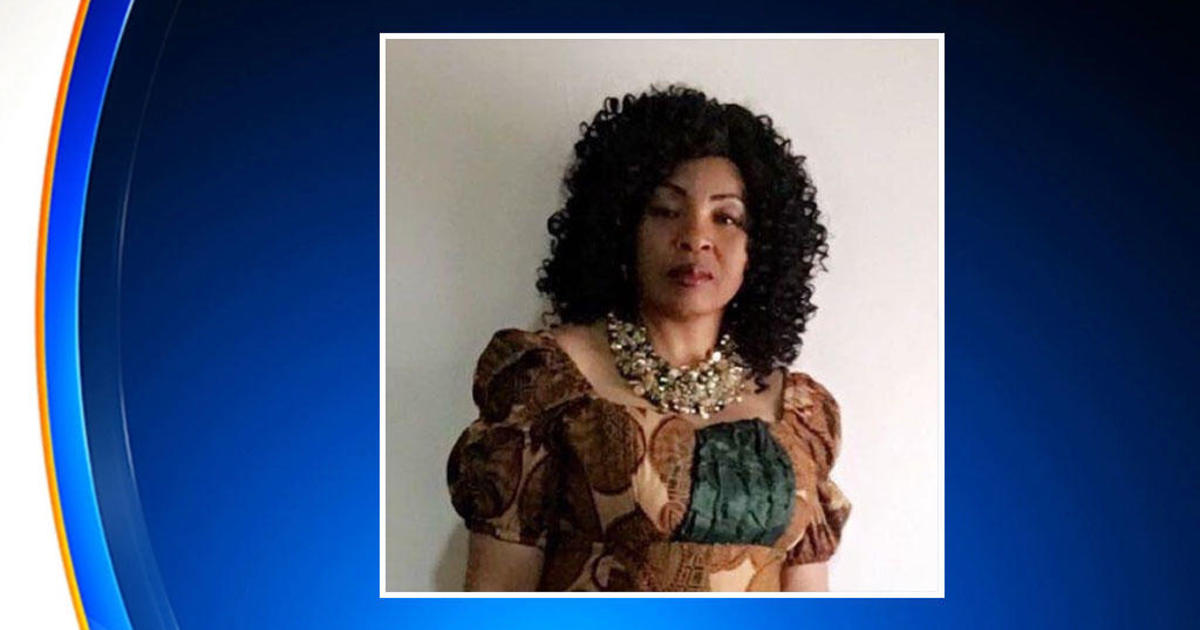 NEW YORK — The Queens woman who was pinned by a hit-and-run driver outside her home Sunday has died of her injuries, her family tells CBS2.

“Her heart has stopped,” Nnenna B told Mishkin.

She said her 49-year-old aunt was a caring, loving mother of four.

“A very strong woman. She was just a fighter. So we thought maybe she could, but,” Nnenna B said.

Surveillance video shows a truck crash into a car on 120th Avenue and 167th Street. Neighbors said the car belonged to the victim’s daughter.

It appears Ngwu and her daughter approach the driver, who then hits several more parked cars as he makes a U-turn on the dead-end street. Video shows Ngwu get pinned between two cars.

“I just wish that they stayed on the sidewalk and just called police instead of coming in the street and trying to be too vigilant,” said neighbor Calvin Williams.

Neighbors were in disbelief Monday as they walked by the scene.

“Wow, I see her every morning,” one person said.

Police continue to search for the driver of the truck, who fled the scene. The NYPD says police found the vehicle not far away at 108th Avenue and 164th Place. Surveillance video shows what appears to be the driver walking away.

“I lived with her most of my life,” said Nnenna B. “Wonderful mom, has helped take care of me, as well too.”

Ngwu’s family was in shock and mourning as they made their way back into the car to go to the hospital.

Police are looking into why that truck was on the street and hit so many cars.