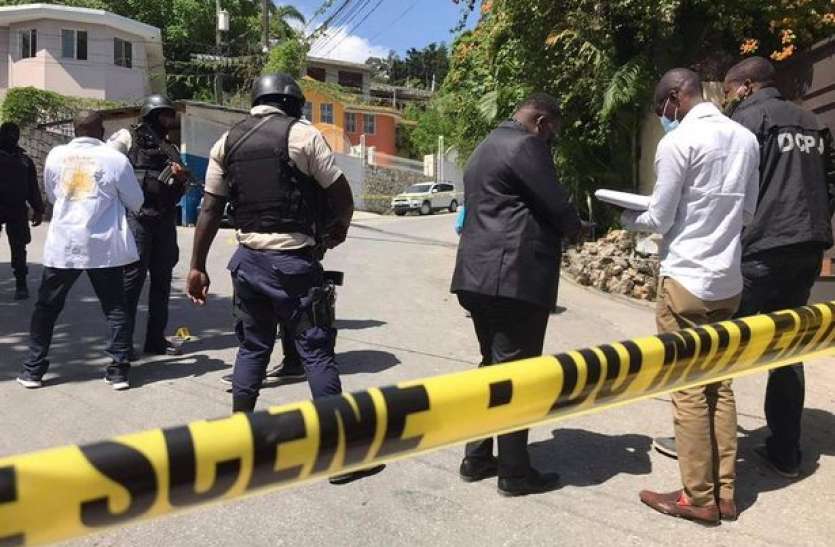 These killers also took three policemen hostage. President Jovenel Mois was shot at his private residence late last night by a group of unidentified people who broke into his home.

Port au Prince. Haiti’s President Jovenel Mois was assassinated on Wednesday. In this case, on Thursday, 4 killers were killed in a fierce encounter by the police. According to the police chief, two killers have been arrested.

shot inside the house

Significantly, these killers also took three policemen hostage. At the private residence of President Jovenel Mois, a group of unidentified people posing as agents of the US Drug Agency entered the house late last night and shot them. After the assassination of the President, chaos has spread across the country. This country is the poorest country in the American continent.

Martial law declared in the country

Inflation is at its peak in Haiti. Along with this, gang wars and riots are often seen here. Jovenel Mois attempted to run a dictatorial regime. Not only this, he also tried to change the constitution of the country. Interim PM Claude Joseph has declared martial law in the country.

PM has banned all flights in the country. The borders are completely sealed. At the same time, the Dominican Republic has also deployed its army for security on the border of Haiti. On Wednesday, suspected killers took three policemen hostage, according to Haiti Police Chief Leon Charles.

read this also: Comet a thousand times bigger than normal found, will be closest to our planet in 2031

After this, there was a fierce encounter between the police and the killers. All the policemen were safely evacuated from here. He informed that 4 killers were killed in the firing and two have been arrested. It is not clear how many more are still absconding.