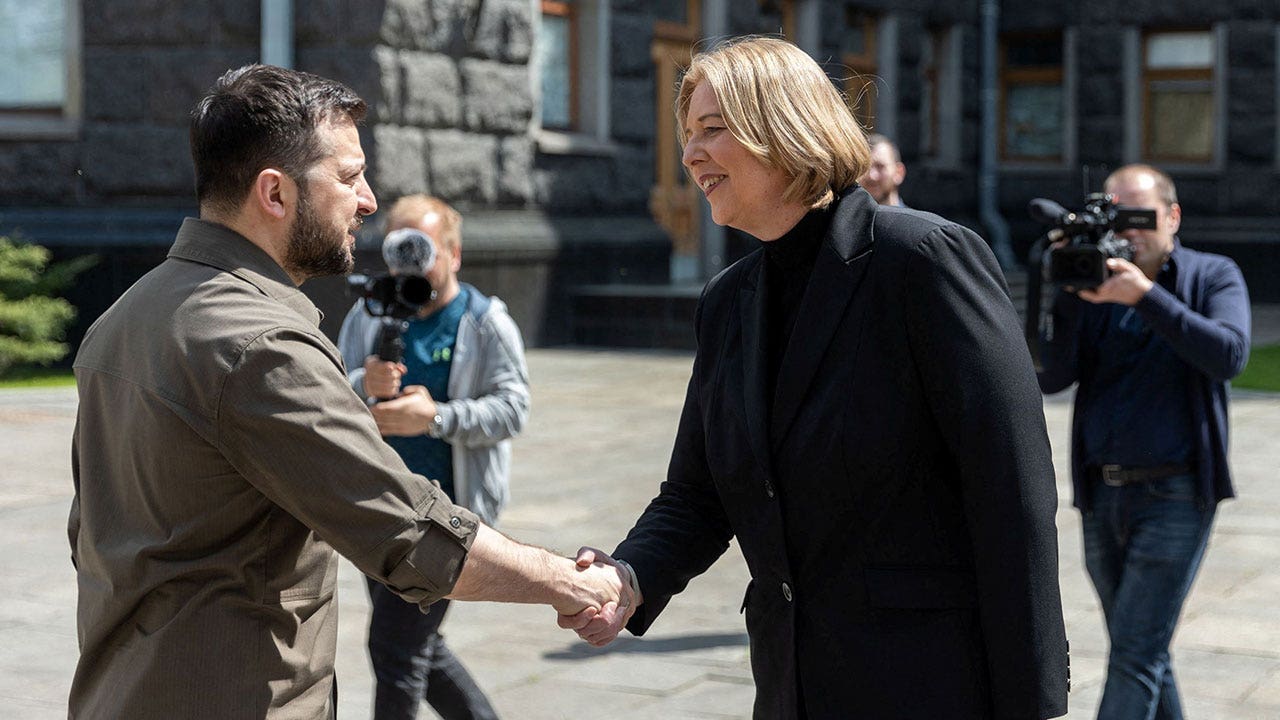 Ukrainian President Volodymyr Zelensky had earlier given an emotional speech for Victory Day, when Europe recalled Germany’s formal surrender to allies in World War II, saying “evil has returned” to Ukraine, but it would not be able to avoid responsibility.

German Chancellor Olaf Schulz is expected to take part in a G7 virtual discussion on the war in Ukraine later on Sunday, where Zelensky will be present.

Ahead of the G7 meeting, Enrico Brissa, head of the Bundestag’s protocol, posted a picture on Twitter of him arriving on a bus to meet with Ukrainian Prime Minister Denis Shamihal.

Germany has agreed to supply Kiev with heavy weapons, including self-propelled howitzers, in defiance of the country’s long-standing policy of not sending heavy weapons to war zones because of its Nazi past.

Moscow has called for a “special military operation” since February 24 to disarm Ukraine and free it from “Nazi” and anti-Russian nationalism instigated by the West.

In Russia, May 9 is Victory Day, one of the country’s most important national events – commemorating the Soviet Union’s abandonment of Nazi Germany.