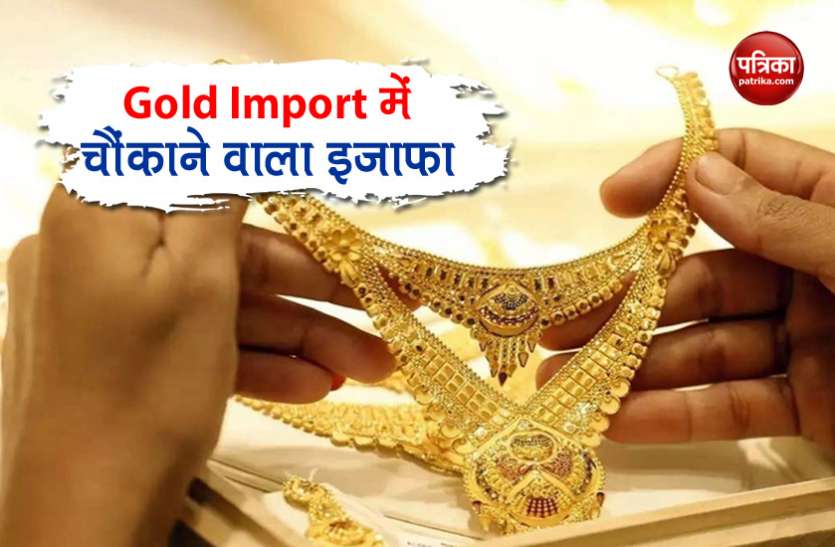 New Delhi. You will be surprised to know that on the one hand the people of the country were facing the second wave of Corona during April-June 2021, on the other hand the import of gold increased manifold during the same period, which was the same as last year. Shocking in comparison. This has been revealed in the latest report released by the Union Commerce Ministry.

According to the latest update of the Ministry of Commerce, gold imports in India increased manifold to $ 7.9 billion (about Rs 58,572.99 crore) during the April-June quarter of 2021. In the same quarter of last year, due to Corona, the import of gold was very less. With the situation improving, gold imports increased manifold. Explain that the import of gold has a significant impact on the current account deficit of the country. In the first quarter of April-June 2020 last year, imports of the yellow metal fell to $ 688 million (Rs 5,208.41 crore). Unlike gold, silver imports have declined 93.7 percent to $394 million this year. A manifold increase in gold imports during April-June in the current financial year has increased the gap between the country’s imports and exports to nearly $31 billion.

India is the largest importer of gold

India is the largest importer of gold in the world. Imported gold mainly meets the demand of the jewelery industry. In terms of quantity, 800-900 tonnes of gold is imported into the country annually. Gems and jewelery exports grew to $9.1 billion during the first three months of the current fiscal. It was US$ 2.7 billion in the same period last year.

Read More: Salary account in SBI has many benefits, you can also avail these facilities including insurance of 30 lakhs