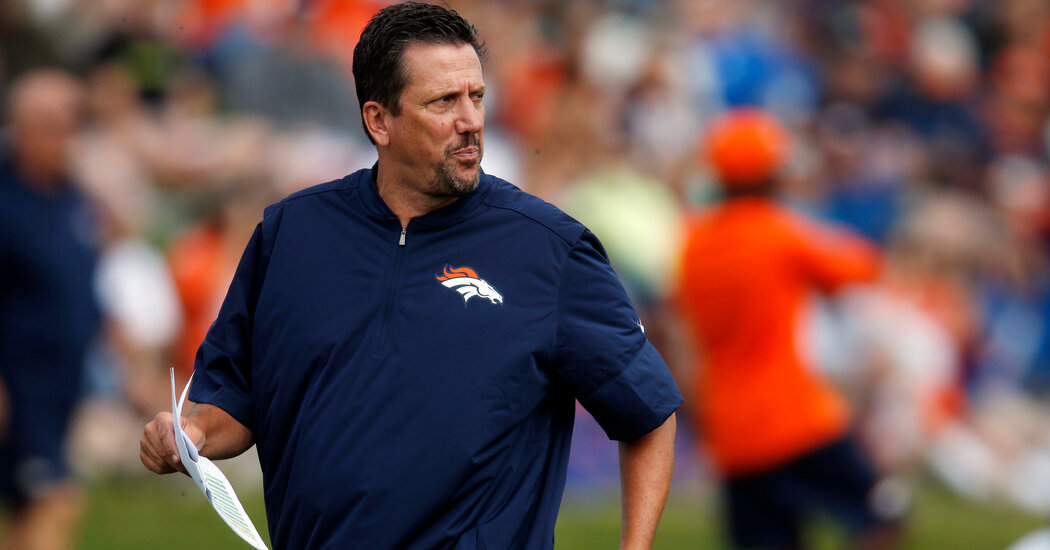 Greg Knapp, the Jets passing specialist, died Thursday of injuries he sustained after being hit by a car while cycling in California last weekend. He was 58 years old.

In a statement released by the Jets Thursday afternoon, Knapp’s family said he was immediately unconscious.

“Greg never regained consciousness,” his family said. “He was surrounded by his mother, his wife, his three daughters and his brother.”

Knapp, a California native, joined the staff of Robert Saleh, who is in his first year as head coach of the Jets, in January after spending the last three seasons with the Atlanta Falcons as a quarterback coach. He was offensive coordinator in Atlanta from 2004 to 2006.

“Greg had such inner peace in him that people always seemed to turn to”, Saleh said in a statement on Twitter, adding: “During his short stay here, I think the members of this organization were fortunate enough to experience this connection.”

During his short spell with the Jets, Knapp, also known as Knapper, had prepared the team’s young quarterbacks, including Zach Wilson, the No.2 pick in the 2021 Draft, for the season ahead.

At last month’s minicamp, Knapp told reporters he enjoys coaching the young quarterback squad, which also includes second-year James Morgan and third-year Mike White, who have not played in a NFL game.

“As I get older I can say, here from my experiences, I can tell you because I have enough trial and error on this,” said Knapp, who has coached veteran quarterbacks like Peyton Manning, Michael Vick, Matt Ryan and Steve Young. “And they understand, they learn. It’s pretty exciting and it’s invigorating for me.

Knapp spent the first nine years of his coaching career at Sacramento State, where he played quarterback. He was entering his 26th year as an NFL coach. Knapp started with the San Francisco 49ers in the 1990s and was eventually promoted to quarterbacks coach and then offensive coordinator in 2001.

In addition to two stints in Atlanta, Knapp made stops in Seattle, Denver, Oakland and Houston as an offensive coordinator or quarterbacks coach.

He was the Broncos quarterbacks coach when Manning threw for 5,477 yards and 55 touchdowns in the 2013 season, the league’s two records at the time, and in the 2015 season when Manning led the team to a Super Bowl victory.

Arthur Blank, the owner of the Falcons, was one of many former Knapp colleagues who posted their condolences on social media on Thursday. In one Twitter statement, Blank said Knapp was a “wonderful person who had the love, admiration and respect” of everyone he worked with.

“Greg’s contagious personality is the first lasting memory of most people,” Knapp’s family said. “The line ‘He never met a stranger’ sums up Knapper’s joie de vivre. He had a unique gift for making everyone feel special, and to Knapper they all were.