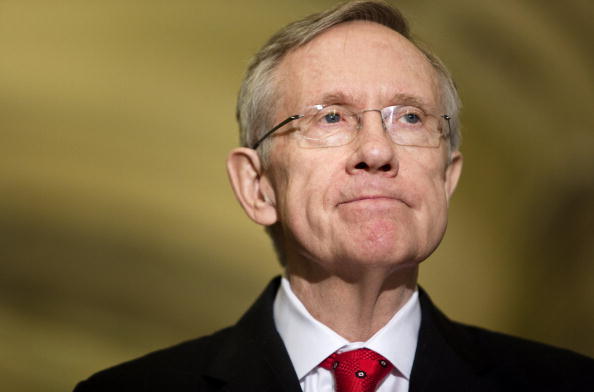 What was Harry Reid’s net worth and salary?

Harry Reid was an American politician who had a net worth of $10 million at the time of his death. Harry Reid was a member of the Democratic Party who served as a US Senator representing Nevada from 1987 to 2017. Harry Reid died on December 28, 2021 at the age of 82.

How much does a senator make? – US Senator Salary

Harry Reid received his share of of criticism during his political career. He was accused of trying to increase the value of his own property by having a bridge built between Nevada and Arizona. He was also accused of using campaign contributions for personal use, and in using his political power to help a friend who is also one of his son’s (an attorney) clients to build a golf course. Other accusations include taking donations from four Indian tribes during the Jack Abramoff Indian Lobbying Scandal.

Reid was born on December 2, 1939 in Searchlight, Nevada. He is the third of four sons born to Harry and Inez Reid. His father worked as a rock miner while his mother served as a laundress for local brothels. Searchlight was a very small town whose residents were mostly impoverished. Reid’s childhood home was essentially a shack with no indoor toilet or hot water.

Because Searchlight had no high school, Reid lived with relatives about 40 miles away in order to attend Basic High School in Henderson. While in school, he played football and also became an amateur boxer. His boxing coach was future Nevada governor, Mike O’Callaghan. After high school, Reid attended Southern Utah University and then transferred to Utah State University. He graduated in 1961 with a double major degree in political science and history. He then enrolled at George Washington University Law School and earned his J.D. in 1964.

After law school, Reid returned to Nevada and served as Henderson city attorney. He then ran for office and was elected to the Nevada Assembly for the multi-member fourth district of Clark County in 1968. Two years later, Reid was chosen by Mike O’Callaghan, his former boxing coach, to be his running mate in the election for Lieutenant Governor of Nevada. Both Reid and O’Callaghan won their races and Reid served as lieutenant governor from 1971 until 1974. He then ran for the vacant U.S. Senate seat in 1974 and lost by fewer than 700 votes. The following year, he ran for mayor of Las Vegas, but ultimately lost to Bill Briare.

Between 1977 and 1981, Reid served as the chairman of the Nevada Gaming Commission. During this time, Reid was involved in a number of scandalous news story. In 1979, he presided over a hearing that refused to give casino operator Frank Rosenthal a gaming license because of his connections to organized crime groups and mobsters. Rosenthal alleged that Reid had been under the control of mobsters, which Reid categorically denied. In 1981, Reid’s wife found a bomb attached to the family station wagon, which Reid believed had been placed there by Rosenthal’s men.

In 1982, Reid won a seat in the House of Representatives representing Nevada’s first district. He was reelected in 1984. In 1986, Reid won the Democratic nomination for a vacant Nevada U.S. Senate seat. In 1992, he easily won the reelection. Over the next couple of decades, Reid faced more challenging reelections but managed to hold on to his Senate seat in 1998, 2004, and 2010. Two days before the end of his last term in early 2017, Reid became the longest-serving U.S. Senator from Nevada.

While in the Senate, Reid held a number of Senate leadership positions. He was the Senate Democratic Whip from 1999 until 2005, going back and forth between minority and majority whip depending on the Senate election results. He also served on the Environment and Public Works Committee and the Senate Ethics Committee. In 2005, he became the Senate Minority Leader and then the Senate Majority Leader from 2006 until 2015. He was again the Minority Leader for his final years in office before his retirement in 2017.

Some of Reid’s notable actions while in the Senate include initiating the Advanced Aerospace Threat Identification Program that was purposed to study unidentified flying objects (UFOs). Because his home state of Nevada is home to Area 51, where the U.S. government was rumored to store crashed alien aircraft, Reid and his constituents were especially interested in the topic. He also sponsored a bill that would bar congressional members from accepting gifts, meals, and trips from lobbyists and bar Senators from borrowing corporate jets for travel. The bill passed overwhelmingly. Reid was initially considered a centrist Democrat as he opposed abortion and illegal immigration while supporting gun rights. Throughout his time in the Senate, he did move towards more progressive views, supporting the DREAM Act for illegal immigrants, same-sex marriage, and more open abortion rights for women. He also was known for supporting conservation efforts in Nevada and was awarded the a Lifetime Achievement honor from the League of Conservation Voters in 2015.

While in high school, Reid met his future wife, Landra Gould. Gould’s parents objected to her relationship with Reid because he was not Jewish. The two decided to elope in 1959 when they were in college. Over the course of their marriage, they had five children. While Reid grew up agnostic and Gould Jewish, the couple converted to The Church of Jesus Christ of Latter-day Saints when they were in college. Throughout his political career, Reid made several comments about how Democratic views aligned well with the views of the Mormon church.

In January of 2015, Reid was injured while exercising on a piece of equipment at home, causing him to break several ribs and bones in his face. In 2018, Reid underwent surgery for pancreatic cancer after a tumor was found on his pancreas. He announced in 2019 that the cancer was in remission but it returned soon after. Reid passed away at his home in Nevada on December 28, 2021 when he was 82 years old. Many political figures, including former presidents Barack Obama and Bill Clinton, gave tributes to Reid. His funeral was broadcast live on CNN.