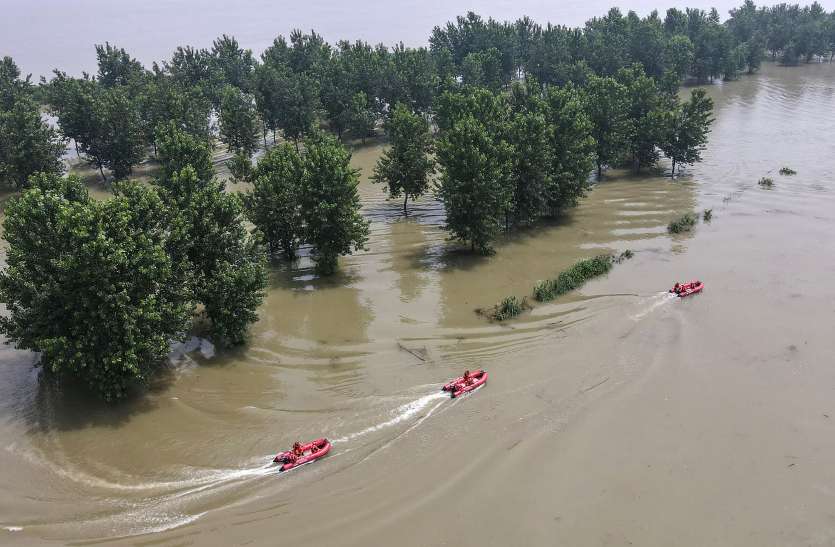 China Floods 2021: Floods have wreaked havoc in China’s Henan province. So far 12 people have died and many people are missing. According to the Meteorological Department, the rain will continue till Wednesday night.

New Delhi. The central Henan province of China is currently facing heavy rain, life has been disrupted and other services have also come to a standstill. Due to the floods in Henan province, 12 people have also died and many people are missing. Along with this, the relief news for China is that two lakh people have been shifted to safer places.

The havoc of rain in Henan province is so terrible that vehicles are seen floating on the roads. More than 80 bus services have been stopped and more than 100 routes have been diverted. The provincial capital, Zhengzhou, received 201.9 mm of rain between 4 and 5 pm on Tuesday (July 20). At the same time, if we talk about the average figure of rain, 457.5 mm of rain has been received in 24 hours. According to the Meteorological Department of China, for the first time in a thousand years, such a record of rain has been recorded.

The havoc of the rain is so much that water has entered the houses and offices from the streets. There are many people who have stayed in the previous school or office, seeing this, it can be guessed how severe the rain will be. Let us inform that water has also entered the Line Five subway tunnel of the city, in which many passengers of a train got trapped and they have to travel by drowning in the water. From fire brigade personnel to policemen are also ready to deal with this horrific situation. At present, the passengers are said to be safe.

Read More: A rare engineering specimen in China, a 7600-ton building was moved by 62 meters

The railway station of Zhengzhou city has also been submerged, due to which 160 trains have been stopped. At the same time, 260 flights operating at the city’s airport have also been stopped. According to the Meteorological Department of Henan province, the rain will continue till Wednesday night and the situation is going to be very serious. After which the arrangements for disaster management are being done on a large scale by the municipality of the city.