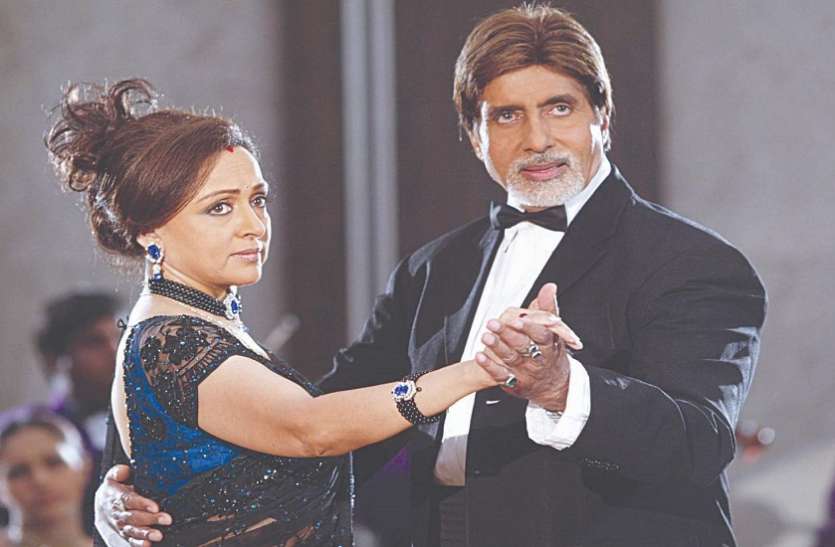 Hema Malini was offered the role of becoming the mother of Amitabh Bachchan, this was the reaction of the actress

New Delhi. Bollywood actress Hema Malini is a very famous heroine of her time. He has worked with many veteran actors in many superhit films. His pairing with actors Dharmendra, Amitabh Bachchan and Sanjeev Kumar was a super hit on the big screen. Even after years, Hema Malini’s magic continues to dominate the industry. Talking about Hema and Amitabh Bachchan, both have played the role of lovers on the big screen. But in an interview, Hema told that once she was offered the role of Amitabh Bachchan’s mother. Everyone was surprised to hear this. Know what is the full story.

Actually, Hema Malini had reached the famous actress Simi Garewale’s interview show. Where he told that as soon as an actress gets married. So she starts getting the role of mother. Even before, you must have worked with that actor as a heroine. Hema told that as soon as she got married, she was offered the role of becoming Jitendra’s mother. Not only this, some makers even want her to become Amitabh Bachchan’s mother on the big screen.

Refused to become a mother

This happens with actresses in the industry

At the same time, in the interview, when Simi asked whether this used to happen with Hero as well? So Hema told that no it used to happen only with actresses. Hema says while having fun, the film makers used to offer such roles as if she is going to become Mother India. But Hema flatly refused to do those roles. During the interview, Simi Garewal also shared his experience with Hema. She told that earlier she was working as a heroine in films. But later she was offered the role of mother.

Talking about the films of Hema Malini and Amitabh Bachchan, he worked in superhit films like Sholay, Trishul, Satta Pe Satta and Baghban. At the same time, Hema’s name was also associated with Jitendra. It was said that Jitendra liked Hema Malini and wanted to marry her. But in the middle Dharmendra came and won and married Hema.