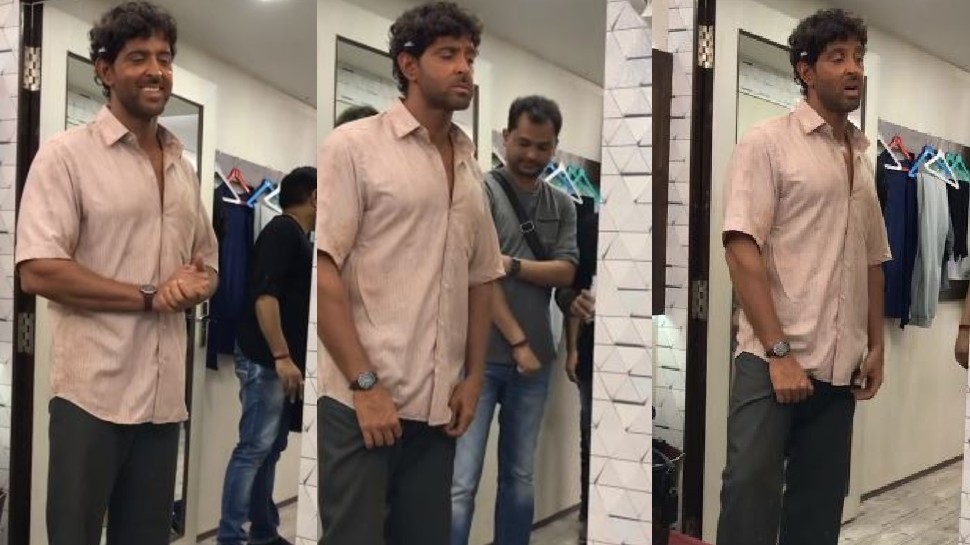 New Delhi: The muscular physique of Bollywood actor Hrithik Roshan makes everyone crazy. His shirtless photos become increasingly viral as soon as they come on social media. Fans wait for his cool look to appear. In such a situation, a video of him has surfaced. The video is very funny and Hrithik is also seen in a fun mood. The video is becoming increasingly viral on social media and is making a lot of noise. People must have seen such a style of Hrithik for the first time.

In this funny video, Hrithik Roshan is seen singing the song ‘Taaro Se Gagan… Jaadu…’ from his old film ‘Koi Mil Gaya’. Hrithik is also singing this song in Bihari tone, which is the funniest part of the video. Actually, this is an old throwback video, which was captured during the shooting of the film ‘Super 30’ in the year 2019. Hrithik was seen in the role of a Bihari in the film. He also adopted Bihar style for this film.

Hrithik Roshan’s Bihari style was liked by the celebs too

In the vanity van, Hrithik Roshan first sings this song in a normal style and then in Bihari style. Fans are very fond of this unique style of his. Sharing the video, Hrithik wrote, ‘#Super30…memories. Many more Bollywood celebs like Shilpa Shetty Kundra, Dia Mirza, Aalim Hakim, Mrinal Thakur and Chris Gethin have liked this video. By the way, Hrithik Roshan played the character of Anand Kumar in the film, which was highly praised by the people.

Will be seen in ‘Fighter’

Let us tell you, on the occasion of completion of 15 years of Hrithik Roshan starrer film Krrish 4), Hrithik made a post in which he wrote in the caption, ‘The past has passed. Let’s see what the future holds for us. Krrish 4.’ Let us tell you that in the case of superhero films, the fans have liked Hrithik’s coming as a superhero the most. In such a situation, it is expected that soon Hrithik will be seen doing action in Krrish 4. At the same time, he is also going to be seen in ‘Fighter’.

read this also: Kinjal will leave the house after making Anupama cry, taking advantage of the opportunity, Kavya will apply butter to Baa