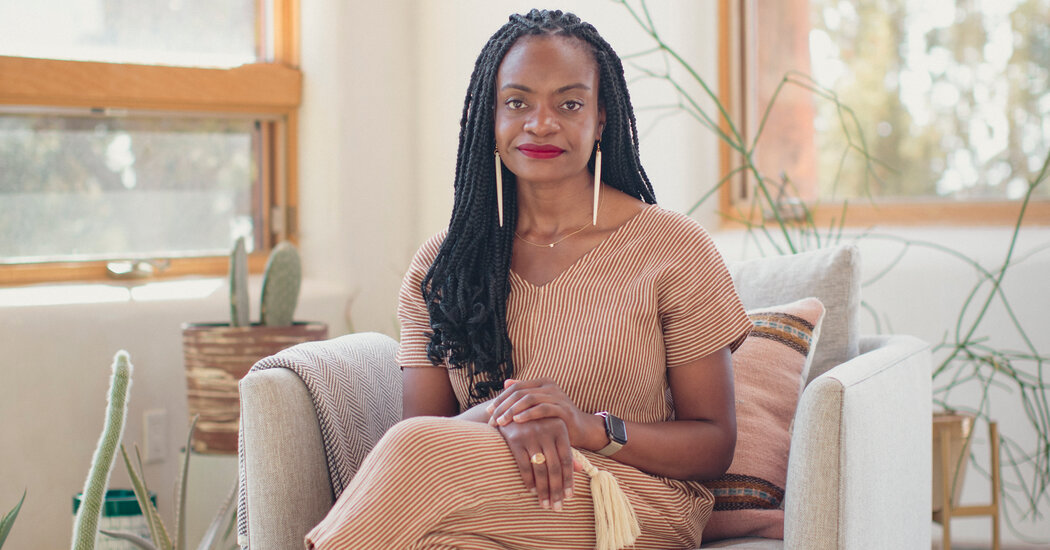 Last month, California Governor Gavin Newsum signed a bill to expand protection for those who speak out in the workplace.

A new website has been launched to advise tech workers on how to deal with abuse by their employers.

And Apple responded to a shareholder’s proposal asking it to evaluate how privacy agreements were used in cases of employee harassment and discrimination.

There was one thing in different developments – or, instead, one person – in common: Ifeoma Ozoma.

Since last year, Ms. Ozoma, 29, a former employee of Pinterest, Facebook and Google, has emerged as a central figure in tech whistle-blowers. A Yale-educated daughter of Nigerian immigrants, she supported and guided tech workers who needed help speaking out, pushing for more legal protections for those employees, and urging tech companies and their stakeholders to change their whistle-blower policies.

She helped motivate and pass the new California law, the Silent No More Act, which prohibits companies from using non-disclosure agreements to suppress workers who speak out against any form of discrimination. Ms. Ojoma also launched a website called The Tech Worker Handbook, which provides information on whether and how workers should blow the whistle.

“It’s really sad for me that we still have such a lack of responsibility in the technology industry that individuals have to do it,” Ms. Ozoma said in an interview.

Her efforts – which have eliminated at least one colleague along the way – have been the subject of much discussion as unscrupulous tech workers take more action against their employers. Last month, Francis Hogan, a former Facebook employee, revealed that she had leaked thousands of internal documents about the damage to the social network. (Facebook has changed its name to Meta.) Apple has also recently faced employee unrest, with many workers expressing concern about verbal abuse, sexual harassment, revenge and discrimination.

Ms. Ozoma is now focusing on stopping tech companies from using non-disclosure agreements to prevent employees from talking about discrimination in the workplace. She has also met activists and organizations seeking to legislate elsewhere, such as the Silent No More Act. And she is in constant contact with other activists and tech workers, including those who have organized against Google and Apple.

Much of Ms. Ozoma’s work has come from experience. In June 2020, she and a colleague, Aerica Shimizu Banks, publicly accused their former employer, virtual pinboard maker Pinterest, of racism and sexism. Pinterest initially denied the allegations but later apologized for its workplace culture. His workers walked out, and a former executive sued the company for sexism.

“It’s remarkable how Ifeoma took some traumatic experiences, developed solutions for them and then started a movement to make those solutions a reality,” said John Tye, founder of Whistle Blower Aid, a nonprofit organization that provides legal support to whistle-blowers. He and Ms. Ozoma recently appeared at a webinar to educate people about whistle-blower rights.

Meredith Whitaker, a former Google employee who helped organize the 2018 walkout on the company’s sexual harassment policy, added about Ms. Ozoma: “She’s stuck around and working to help others blow the whistle more safely.”

Growing up in Anchorage and Raleigh, NC, Ms. Ozoma became an activist after a five-year career in the tech industry. Head of Political Science, she moved to Washington, D.C. in 2015 to join Google in Government Relations. She then worked on international policy on Facebook in Silicon Valley.

Yet Ms. Ozoma and Ms. Banks said they had to face retaliation for unequal pay, racist comments and complaints on Pinterest. He left the company in May 2020. One month later, during the Black Lives Matter protest, Pinterest posted a statement in support of their black employees.

Ms. Ozoma and Ms. Banks said Pinterest’s hypocrisy made them talk. It’s on Twitter Revealed their experiences As the black woman in the company, Ms. Ozoma declared Pinterest’s statement “a joke.”

In a statement, Pinterest said it has taken steps to increase diversity.

Speaking of which, Ms. Ozoma and Ms. Banks took risks. Because he broke the non-disclosure agreement with Pinterest when he left the company. California law, which provides only partial protection, does not cover people who speak out about racial discrimination.

Peter Rukin, his lawyer, said he had an idea: what if state law was extended to ban non-disclosure agreements to prevent people from speaking out on discrimination in the workplace? Ms. Ozoma and Ms. Banks soon began working on a bill to do the same with California State Senator, Democrat, Connie Leva. It was introduced in February.

On the way, Ms. Ozoma and Ms. Banka walked out. Ms Banks said she would no longer speak to Ms Ozoma because Ms Ozoma had recruited her on Pinterest without disclosing the discrimination and had later excluded her from working on the Silenced No More Act.

“Ifioma took me out of the initiative through gaslighting and bullying,” Ms. Banks said.

Ms. Ozoma said she did not exclude Ms. Banks from the event. She added that Ms. Banks “felt left out” because news coverage focused on Ms. Ozoma’s role.

Whistleblower. In an interview with “60 Minutes” aired on October 3, Francis Hogan, the Facebook product manager who left the company in May, revealed that she was responsible for the leaks.

Since leaving Pinterest, Ms. Ozoma has moved to Santa Fe, NM, where she lives with a flock of chickens she calls the Golden Girls. She also runs Earthseed, a tech equity consulting firm.

Through Earthseed, Ms. Ozoma continues to blow her whistle. It is partnering with nonprofit Open MIC and consulting firm Whistle Stop Capital to prevent tech companies from using non-disclosure agreements to prevent workers from being discriminated against anywhere.

In September, Ms. Ozoma, along with Whistle Stop Capital and Open MIC, social impact investor Nia Impact Capital, filed a stakeholder proposal in Apple. The proposal calls on the company to assess the risks associated with the use of concealment clauses for employees who have experienced harassment and discrimination.

Last month, Apple said in a letter that it would not act on the proposal, arguing that the company “does not limit the ability of employees and contractors to speak openly about harassment, discrimination and other illegal acts in the workplace.” He declined to comment beyond the letter.

Ms. Ozoma also supports and advises other tech activists. The Tech Worker Handbook website, to some extent, was designed to help with that. The website contains information on how to navigate non-disclosure agreements and how to protect against corporate surveillance or physical hazards. At the top of the site is a slogan: “Preparation is power.” The site has received more than 53,000 visitors since it went online on October 6, Ms. Ozoma said.

“I’m sending it to people who are thinking of coming forward,” said Ashley Gjovic, a former Apple employee who relies on Ms. Ozoma for support. When people think of blowing the whistle, she adds, “their minds will not go to personal, digital, security content, to all the legal consequences, how you tell that story, the impact on friends and family, the impact on your mental health.”

Last month, Ms. Ozoma received a call from Cher Scarlett, another Apple employee who left the company this month. (Ms. Scarlett declined to give her real name for security reasons; she is legally changing her name to Cher Scarlett.)

Ms. Ozoma described the steps she took, including working closely with an MP who could write a bill, Ms. Scarlett said.

“That’s why women’s networks like Whistleblowers and Ifeoma are so important,” said Ms. Scarlett.