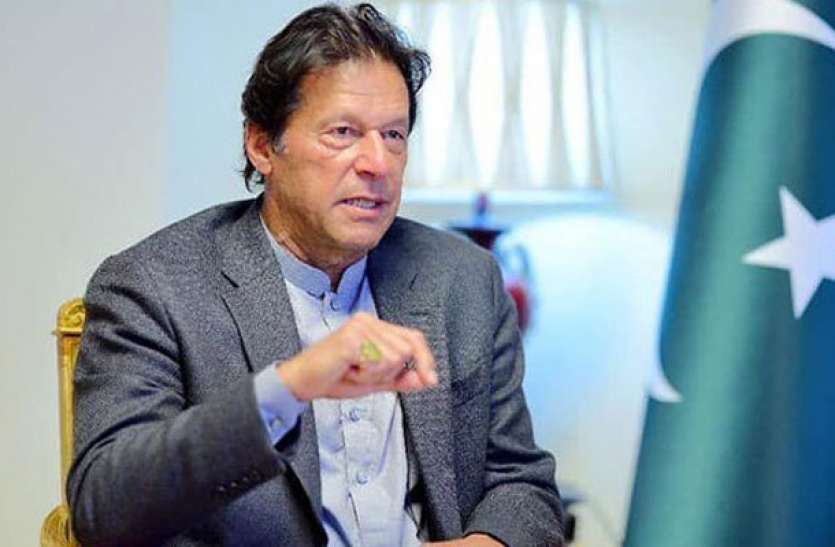 Pakistan’s Prime Minister Imran Khan made this remark during an interview given to the American newspaper ‘The New York Times’ on Saturday.

Islamabad. Pakistan’s PM Imran Khan could not hide his pain in an interview about the distance made with America. He said Pakistan wants a “civilized” and “equal” relationship with Washington. Like America’s with Britain or India.

Pakistan’s Prime Minister Imran Khan made this remark during an interview given to the American newspaper ‘The New York Times’ on Saturday. He expressed disappointment in the interview that there has been no progress on his efforts to normalize relations with India. While he had contacted PM Narendra Modi as soon as he took office in August 2018.

Read More: WHO warns about delta variant, said – be careful even after taking vaccine

Significantly, this interview comes at a time when US President Joe Biden met his Afghan counterpart Ashraf Ghani for the first time at the White House on Friday. According to Khan, he has a closer relationship with the US than with other countries like India and was a partner of America in the war against terrorism.

He said that now with America leaving Afghanistan, Pakistan basically wants a civilized relationship as you have with other countries. We would like to improve our trade relations with the United States.

He felt that Pakistan would have to obey America in such a situation and Pakistan had to pay a lot for trying to obey America. 70 thousand Pakistanis were killed, and more than 150 billion dollars were damaged in the economy. Because suicide attacks were happening and bombs were going off all over the country.”

Tried a lot to talk to PM Modi

Pak PM Imran Khan further said that the problem with this unbalanced relationship was that “the Pakistani government tried to do things it was not capable of” and that led to “trust in both countries”. He said that people in Pakistan feel that they have paid a heavy price for this relationship. At the same time, America feels that Pakistan has not done enough.”

In this interview, Khan claimed that if India had another leadership, Pakistan would have improved relations with them. They would try to resolve all their differences through dialogue. Imran said that when he took office, he tried to (build) a normal, decent business relationship in front of PM Narendra Modi. We tried but it didn’t work out. Khan claims that if there was another Indian leadership, they would have settled all their differences through talks.

READ Also  These Herders Lived in Peaceful Isolation. Now, War Has Found Them.