In how many phases will there be elections in Uttarakhand? Election Commission announced the dates- 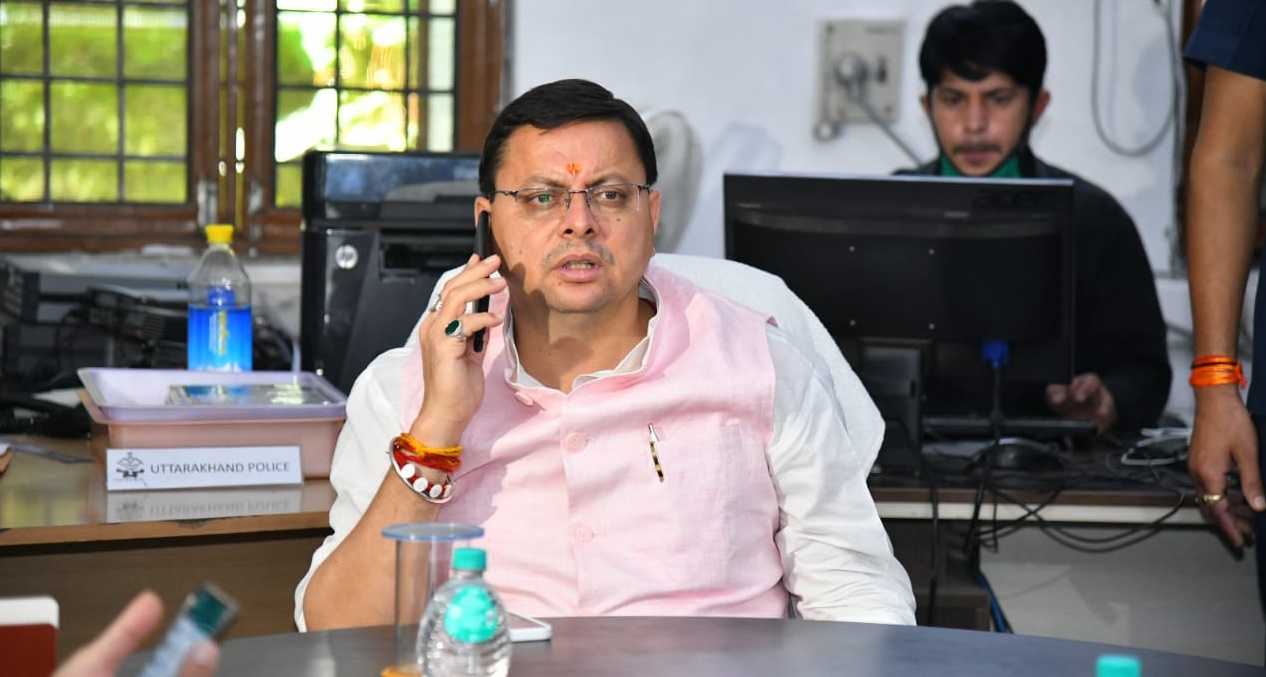 A direct contest is expected between the BJP and the Congress in the Uttarakhand elections. Talking about the elections held in 2017, the BJP snatched power from the Congress, winning a one-sided victory. Of the 70 seats in the state, the BJP got 57 and the Congress got only 11.

The Election Commission has announced the dates for the upcoming Uttarakhand Assembly elections. Here the elections are being conducted in a single phase. Voting will be held on February 14. The election results along with other states will be declared on March 10. The term of the Uttarakhand Legislative Assembly ends on March 23.

Chief Election Commissioner Sushil Chandra announced the election dates in a press conference. He said that the election process will be carried out following the guidelines related to prevention from corona and all the participating personnel will be compulsorily ensured precautionary doses of anti-Covid-19 vaccine.

He said that all the polling stations will have facilities to prevent COVID-19 like sanitizers and masks and the number of polling booths will also be increased. With the announcement of the elections, the model code of conduct came into effect in all the five states. The commission said that this time the things that have been emphasized are ensuring maximum public participation in voting along with conducting elections while protecting against Kovid. The elections are being conducted keeping in mind the safety standards. 18.3 crore voters are going to use voting in five states.

A direct contest is expected between the BJP and the Congress in the Uttarakhand elections. Talking about the elections held in 2017, the BJP snatched power from the Congress, winning a one-sided victory. Of the 70 seats in the state, the BJP got 57 and the Congress got only 11. The then Chief Minister Harish Rawat had lost both his seats.

Voting for the 70-member Uttarakhand Assembly in 2017 was held on February 15 for 69 seats. Voting was postponed after the death of BSP candidate in Karnprayag. Later this seat was also won by BJP. With this victory, the BJP has 57 seats. In 2017, two seats were won by independents. Earlier in the 2012 assembly elections, no party had got a majority. At that time the Congress formed the government with the help of independents and the People’s Democratic Front.

In 2017, the then Uttarakhand Chief Minister Harish Rawat had claimed before the results that his party would form the government but he could not save even his own seats. Rawat was contesting from Kichha and Haridwar rural seats. Both these seats were won by BJP. In Haridwar Rural seat he was defeated by BJP’s Yatiswaranand by 12,000 votes and in Kichha he lost to BJP’s Rajesh Shukla by just 2127 votes. Apart from Rawat, State Congress President Kishor Upadhyay also lost the election from Sahaspur seat. Several ministers of Rawat’s cabinet, Surendra Singh Negi, Dinesh Agarwal, ministers Prasad Naithani, Dinesh Dhanai, Harish Chandra Durgapal, Navprabhat Rajendra Singh Bhandari also lost the election. Only Indira Hridayesh (Haldwani) and Pritam Singh (Chakrata) managed to save their fort.

This time, a direct contest is being considered between the Congress and the BJP. This time the Aam Aadmi Party has also entered the election with great strength. At the same time, BSP has also announced to contest on all 70 seats. The opposition is raising issues like employment, health, education and public transport system in the hill state of Uttarakhand. Candidates will now be able to spend up to Rs 40 lakh on their campaign in the Uttarakhand assembly elections.

In the Uttarakhand elections, the issue of BJP changing the CM time and again is gaining momentum. On July 4 this year, Dhami, a young MLA from Khatima, took oath as the chief minister. Then the question of changing the Chief Minister from the BJP’s side is resonating fast in the political corridors here. When Dhami took over the reins of the state, not one but many questions were raised. Some of them got resolved and some didn’t. The central government has tried to turn the atmosphere in its favor by withdrawing all three agricultural laws. After that, Dhami has pacified the pilgrim priests by canceling the Devasthanam Management Board.

READ Also  Casteism did not end even after 75 years of independence, Supreme Court made strict remarks