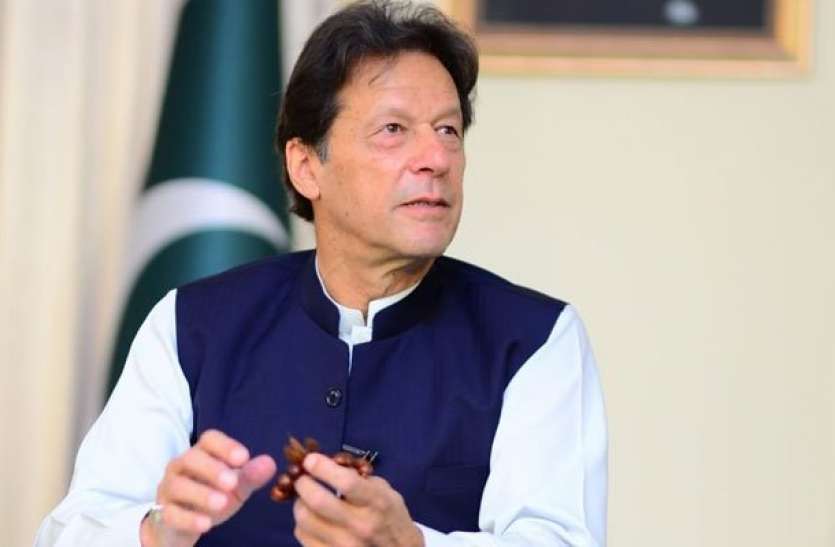 Pakistan’s Federal Minister for Kashmir Affairs Ali Amin was on his way to Chinari at a public meeting organized for the election campaign.

New Delhi. Imran Khan’s minister, who arrived in Pakistan Occupied Kashmir (PoK) to seek votes, was welcomed by the people with stones and eggs. The minister got angry on this act and the incident of firing came to light. Actually, Pakistan’s Federal Minister for Kashmir Affairs Ali Amin was going to Chinari in a public meeting organized for the election campaign. But on the way, people started pelting stones on him. Amin is not calling it the anger of the people but a political conspiracy.

According to media reports, as soon as the convoy of Ali Amin reached the road of Jhelum Valley, some people started raining eggs and stones at them. After this, the guard deployed in the security of the minister had to fire in the air to remove the people. According to Khan, some of his opponents in collaboration with the Pakistan Muslim League-N (PML-N) have carried out such incidents.

demand for postponement of elections

Last month, on June 10, the top election official of Pakistan-occupied Kashmir (PoK) had announced general elections for the assembly on July 25. An appeal was made to postpone the election for two months due to the danger of re-increasing the cases of its corona virus epidemic. During this, Ali Amin, the minister of the Imran government, was going to Chinari to address a public meeting with party leader Murad Saeed to create an atmosphere in his favor among the public.

People are angry with Imran Khan

Even though Imran’s ministers are trying to describe this matter as a political conspiracy, but the truth is that the anger of the people towards the Imran Khan government in Pakistan is increasing continuously. Under the rule of Imran, who promised ‘Naya Pakistan’, Pakistan has to face humiliation from all sides. Country inflation is at its peak. The situation is that it has become difficult for people to fill their stomachs.