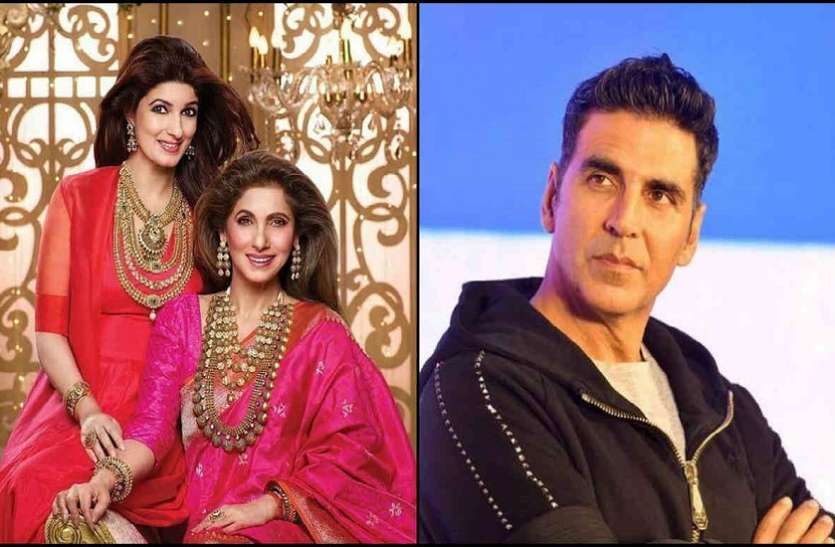 In the matter of fashion, Akshay Kumar had to adjust with his wife and mother-in-law

New Delhi. The name of Akshay Kumar, who is called the player of Bollywood, comes in the top actors. He gives many superhit films in a year. Almost every film of his is a hit at the box office. However, apart from films, he also remains in the headlines due to his personal life. Akshay married actress Twinkle Khanna on January 17, 2001. Both have completed 20 years of marriage. But even today, the same love remains between the two as before. But about one thing, Akshay Kumar has to adjust with his wife and mother-in-law.

Also read: Aamir Khan had expressed his love for Kiran Rao many times, used to do lip lock in public

Akshay Kumar himself had disclosed about this. He had told that he has to obey one thing of his wife Twinkle Khanna and mother-in-law Dimple Kapadia under compulsion. This anecdote was shared by the actor during his film Padman. He told that his wife and mother-in-law are very stylish. In such a situation, they have to adjust a lot for this thing with them.

Akshay Kumar said, I believe my wife in everything. It is Tina who decides what to wear when. In such a situation, when the wife and mother-in-law are very stylish, then I also have to adjust with them, which is very difficult.

Let us tell you that Akshay Kumar made his debut in the film world with the film Saugandh released in the year 1991. His very first film flopped badly at the box office. But after that he worked in more than one film and achieved a big position in the industry. Today he is one of the highest paid actors. Talking about the work front, many films of Akshay Kumar are in line for release. In which Suryavanshi, Bull Bottom, Atrangi Ray and Prithviraj are included. Last month he was shooting for his upcoming film Bachchan Pandey in Jaisalmer. Kriti Sanon and Arshad Warsi are in lead roles with him in this film.