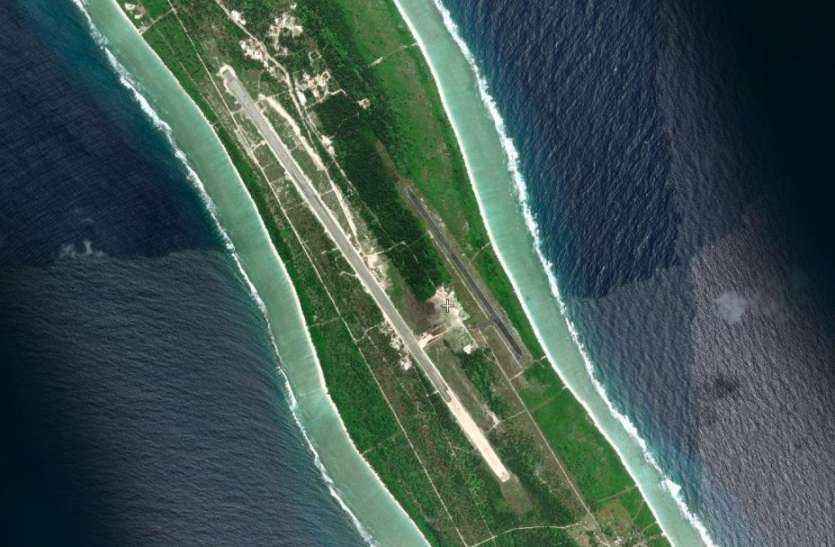 This naval base will be used by the Indian Navy for maritime patrol missions. According to experts, this is being done to increase surveillance in the southwest Indian Ocean and Mozambique Channel for India.

India is working on a special strategy to beat China at sea. India is building a naval base on Agalega Island, about 1100 km from Mauritius. This has been claimed in a report by the international media Aljazeera. The information has been given in the report on the basis of satellite imagery, financial data and other evidence. The Government of Mauritius, while giving a statement on this report, said that there is nothing like this and whatever development works are being done there, they are being done for the betterment of the local people. On the other hand, the Government of India has not yet given any statement on this report.

It is being claimed that this naval base will be used by the Indian Navy for maritime patrol missions. According to experts, this is being done to increase surveillance in the southwest Indian Ocean and Mozambique Channel for India. It can be a good place for communication and electronic intelligence data gathering.

Also read:- Narendra Modi will create history on August 9, for the first time a Prime Minister of the country will preside over the meeting of the United Nations Security Council

However, such a claim is not being made for the first time. Since the year 2018, there are reports that India is building its military base on the island of Mauritius, but both the countries have been denying these claims till now. What has been said from his side on this issue so far is that the ongoing development work on the island is for the betterment of the local people. But Aljazeera’s report claims that two large jets and a runway about three kilometers long have been built on the island, named Agalega.

Also read:- Center had sent expert team to Kerala, the returning members told why the corona explosion happened there

However, military experts say that India does not want to lose its upper hand in the Indian Ocean. In the last few days, in view of the increasing interference of China in the Indian Ocean, India has strengthened its position by building a naval base in Mauritius. By the way, the government of Mauritius has given a statement on the report of Al Jazeera. According to this, there is no agreement between Mauritius and India to set up a military base in Agalega. There is no statement from the Government of India on this report yet.