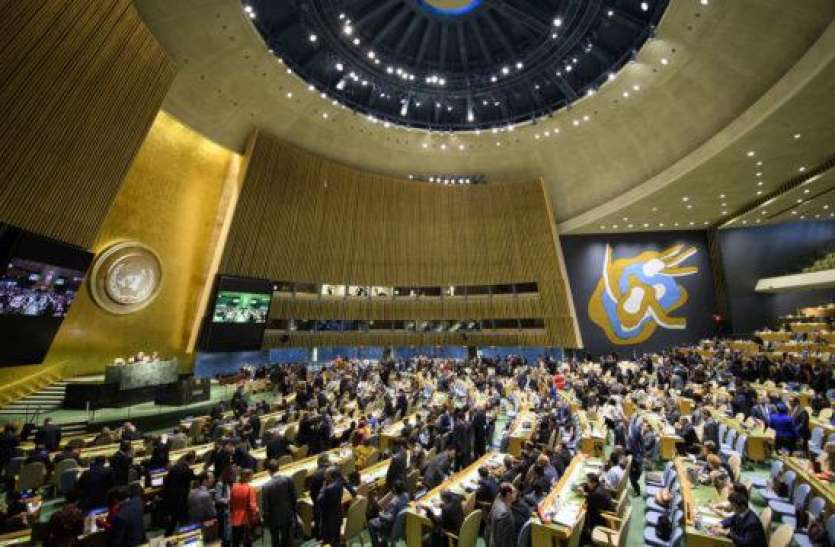 Ambassador TS Tirumurti, India’s Permanent Representative to the UN, released a video message on the eve of India taking over the presidency of the UN body.

United Nations. The command of the United Nations Security Council will be in the hands of India this month. During this time, he is set to lead special programs in three main areas of maritime security, peacekeeping and counter-terrorism. India’s Permanent Representative to the UN Ambassador TS Tirumurti released a video message on the eve of India taking over the presidency of the 15-nation UN body. In this, he said that it is a matter of special pride for us to take over the chairmanship of the Security Council in the same month in which 75th Independence Day is being celebrated.

The first day of India’s presidency will be on Monday, August 2 when Tirumurti will hold a press conference at the UN Headquarters on the Council’s programs for the month, meaning some people will be there, others can connect via video conference. According to the program released by the United Nations, Tirumurti will provide details of work to the member countries of the United Nations that are not members of the council.

India’s two-year term as a non-permanent member of the Security Council began on January 1, 2021. This will be India’s first presidency for the 2021-22 term. India will again preside over the council in the last month of its two-year term i.e. in December next year. During this, India will organize programs in three major areas – maritime security, peacekeeping and counter-terrorism.

read this also: WHO warned these countries, said – fourth wave of corona in Middle-East due to delta variant

In his video message, Tirumurti says maritime security is India’s top priority and it is imperative for the Security Council to take a holistic approach to the issue. He said that our long and pioneering partnership in peacekeeping is very encouraging. India will focus on ensuring the safety of peacekeepers. He said that as a country at the forefront of the fight against terrorism, India will continue to lay emphasis on efforts to stop terrorism.