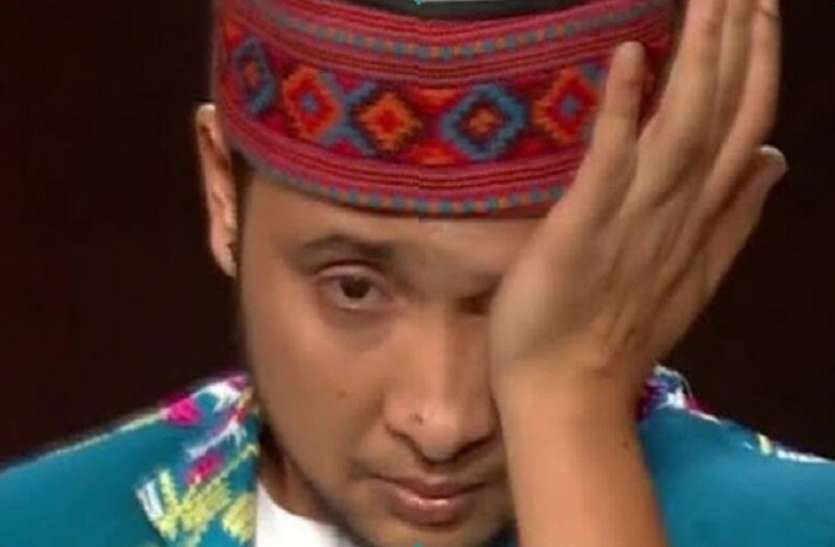 New Delhi. Singing reality show ‘Indian Idol 12’ coming on the small screen is everyone’s favorite show, every contestants coming in this show are giving equal competition to each other with their sweet voice. Everyone’s performance is so great that it is difficult to even guess who will be the winner. Because after coming on this platform, even a small mistake can cost anyone.

Read More:- Nora Fatehi was injured during the shooting of Bhuj, the scene was shot with a head injury

This mistake can be heavy for Pawandeep Rajan

In this show, everyone’s favorite contestant Pawandeep Rajan has made one such mistake, which can cause trouble for him now. In the recent episode, Pawandeep made a similar mistake, which left everyone stunned. In such a situation, now they can also be shown the way out.

Pawandeep forgot lyrics
In fact, in the episode that aired on Sunday, Pawandeep Rajan forgets the lyrics of the song in a panic during the performance and leaves his performance in the middle. His attitude was quite surprising to everyone. In such a situation, it is now being said that Pawandeep may have made this mistake, because at the time when Sawai Bhat was eliminated from the show, then Pawandeep’s name also came in the list of bottom two.

Tears spilled from Anita Raj’s eyes
Let us inform that in Sunday’s episode, actress Anita Raj along with veteran actor Dharmendra had arrived as a guest judge. During this, when Pawandeep sang the song ‘Hon se chhu lo tum’. So listening to the lyrics of this song, tears started pouring from Anita Raj’s eyes. But the show took a new turn when Pawandeep sang the song ‘Jab Pyar Kare To Dekhe Keval Mann’ and got stuck in the middle, only after that he left the performance in the middle. Now what happens next with Pawandeep will be known in the next episode.

READ Also  Five Reasons to watch Sidharth Malhotra and Kiara Advani starrer Movie Shershaah | These 5 reasons why you should watch Sidharth-Kiara's film 'Shershaah', you will get goosebumps