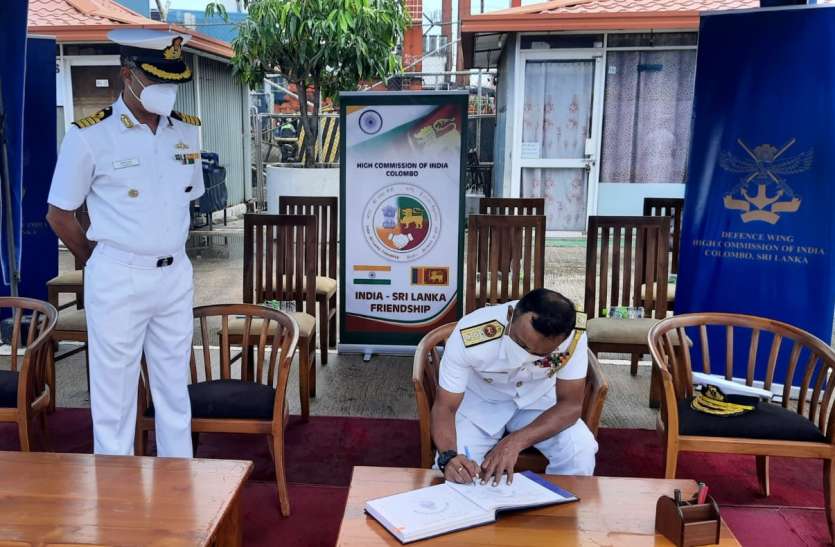 Singapore’s container ship MV X-Press Pearl had an accident on 15 May. Despite trying to extinguish the fire, it continued to burn for 13 days.

Significantly, Singapore-based container ship MV X-Press Pearl had loaded 1,486 containers, including 25 tonnes of nitric acid and other chemicals, from Qatar and Dubai. After this, on 15 May, it was going from Hazira port in Gujarat towards Colombo.

Meanwhile, about nine nautical miles from the port of Colombo, several containers fell on the ship due to bad weather and they caught fire after an explosion. To help the Sri Lankan Navy, the Indian Coast Guard (ICG) sent its ships ‘Vaibhav’ and ‘Vajra’ to Colombo to douse the fire on 26 May. AFFF solution and sea water were sprayed from both the sides on the ship surrounded by fire. Despite the rescue, the MV X-Press Pearl continued to burn for 13 days due to hundreds of tons of chemicals and plastics. Now the Indian Army has submitted the report to the Sri Lankan authorities.