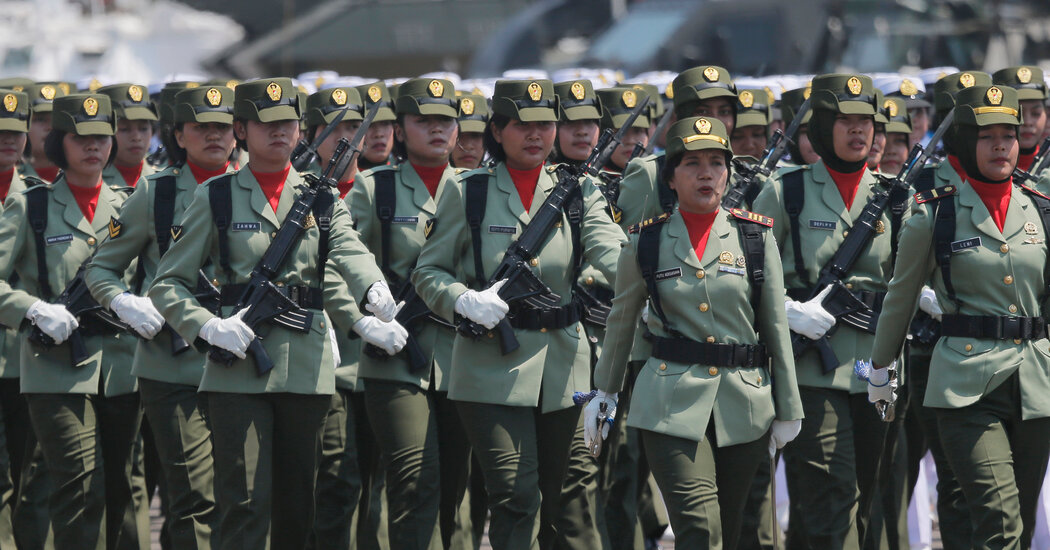 First Admiral Julius Widjojono, Indonesian Navy spokesperson, said: “It is not a virginity test, but we call it obstetrics and pregnancy test. He said the men and women were subjected to the same test and then questioned. “I call this battery test,” he said. “With these tests, we will know the complete condition of the candidate naval officer.”

Air Force spokesman Indan Gilang Buldansyah described his test as a “reproductive health test” for male and female recruits. For women in particular, he said, the test aims to ensure that “the recruiting candidate will have no problems with her education and placement.” He said finding a cyst could interfere with a woman’s education.

Mr Harsono said health concerns had historically been used in Indonesia, the most populous Muslim-majority country in the world, as a cover to conduct so-called purity tests. Human Rights Watch investigated the practice in Indonesia in 2014; the Home Office, which hires civil servants, stopped using the procedure that year, and the police did so in 2015, he said.

Testing is still taking place in other countries. In January, a Pakistani court banned their use by police in sexual assault cases, saying the procedure was “used to cast suspicion on the victim.” Afghanistan has also banned the tests, without success.

American rapper TI sparked outrage in 2019 when he said he brought his teenage daughter on annual dates to make sure her hymen was intact. The comments prompted New York lawmakers to consider banning the practice.

In Indonesia, many women endured it.

Faye Hasian Simanjuntak, 19, grew up being transported from one military base to another as the daughter of a military officer. As she grew older, she realized that women in the military and wives of male soldiers were subject to the procedure.

“Just about every woman I knew grew up with it,” she said. “You can safely assume all women have been there.”