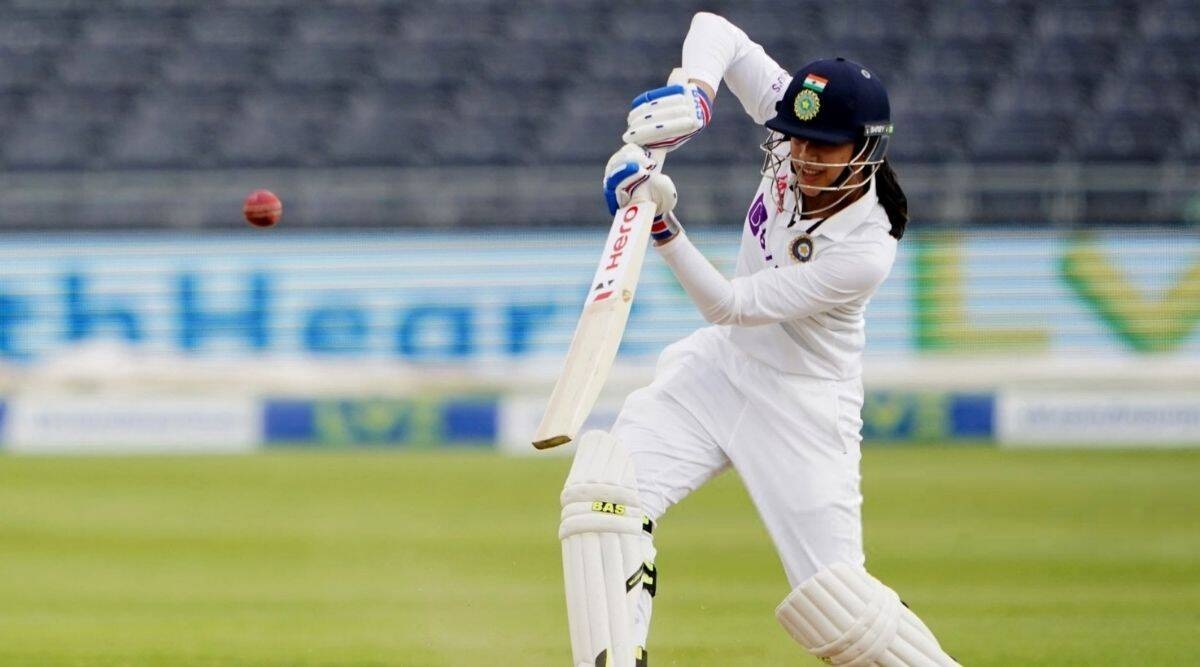 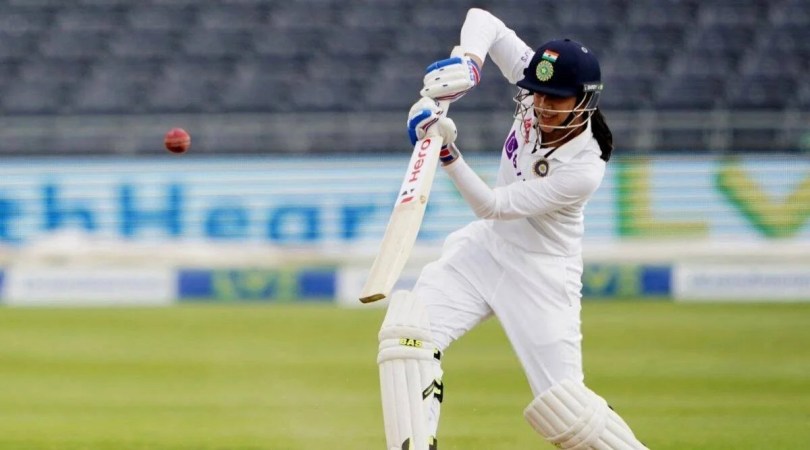 After the rain-hit first day’s play ended, Smriti Mandhana said that she was carrying the pink ball used in the day and night Tests in her kit bag for the last three months.

India’s star opener Smriti Mandhana not only scored her career best score on the first day of the Pink Ball Test against Australia, but also broke a 30-year-old record. Smriti Mandhana has become the second woman cricketer in the world to hit a six in Test cricket on a ground in Australia.

The last time India’s Diana Edulji hit a six in Test cricket in the year 1991 in Australia. Arjuna Award and Padma Shri awardee Edulji achieved this feat at the Melbourne Cricket Ground in Australia. At the same time, Smriti Mandhana made this record on 30 September 2021 at the Carrera Oval ground in Australia.

Smriti Mandhana hit a six in the 40th over of the innings with a pull shot over square leg off Australian fast bowler Tahila McGrath. After the day’s play, Mandhana revealed that she was carrying the pink ball used in the day-night Test in her kit bag for the past three months.

Smriti Mandhana became the first Indian woman to score a Test century in Australia, records the most runs in all three formats.

However, he said that the pink ball did not give him much practice, but he did get the benefit of introduction. Mandhana was unbeaten on 80 at the end of the first day’s play.

“We have only practiced with the pink ball in two sessions,” Mandhana told reporters after the end of the first day’s play. I came after playing in Hundred (England). I didn’t get much chance to play with the pink ball, but during the hundred, I bought a pink Kookaburra ball. I kept him in my room because I knew we would be playing day and night Test matches, so I wanted to understand him by looking at the ball.

He said, ‘I didn’t really bat with it. I batted with it in only two seasons, but the pink ball was in my kit bag for the last two-and-a-half-three months. I don’t know why I kept it. I was hoping to get time for practice, but it didn’t happen. Mandhana scored the highest score of her Test career, thanks to which the Indian women’s team scored 132 for one on the first day.

On preparing for the pink ball Test match, Mandhana said, “I don’t think we got much time to work on it. We’re just trying. People sitting outside kept my enthusiasm throughout the day. He helped. The Indian opener said that he played his shots only by assessing the ball well.

She said, ‘I didn’t want to see the score board. I tried to play with an open mind. After assessing the ball, he played it accordingly. I didn’t really strategize. Mandhana is not even thinking of a century.

She is only focusing on staying at the crease and helping the team reach a strong score. She said, ‘I am not thinking of a century right now. It is important for the team right now that I stay at the crease. My focus is only on playing him well on the ball.