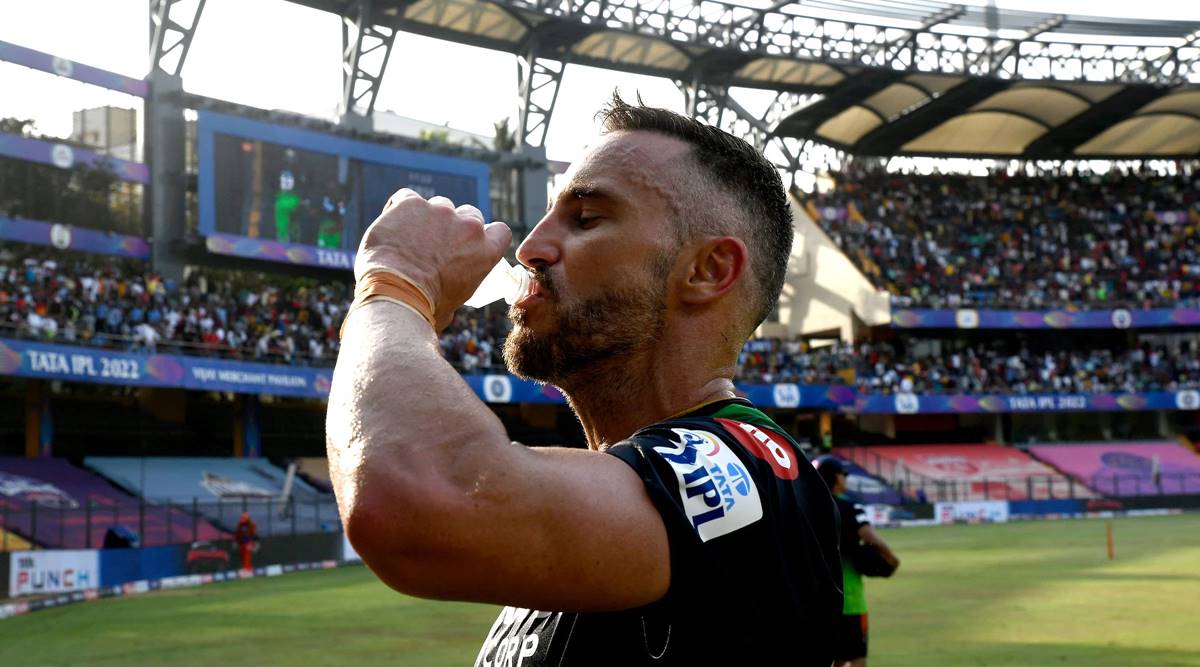 IPL 2022: Thought of Retiring Out to Get Dinesh Karthik at Crease, Says Faf du Plessis, RCB captain himself revealed secret opened the secret

After this Karthik came to bat and he hit 30 runs (one four, 4 sixes) in 8 balls. RCB captain Faf du Plessis played a solid innings. He scored 73 runs in 50 balls with the help of 8 fours and 2 sixes. However, as Virat Kohli got out on the very first ball, he had to bat very carefully. After the match, he revealed that at one point he was thinking of retiring himself out to bring Dinesh Karthik to the crease.

Faf du Plessis said after the match, ‘If he (Dinesh Karthik) is hitting sixes like that, so we want to bring him up and bat for as long as possible. To be honest, I was thinking of retiring myself out to bring in DK because I was very tired. However, I got out.

Faf du Plessis Said, ‘DK (Dinesh Karthik) is in good form. It was a difficult wicket. A lot of people struggled on their first few balls. A drop catch from DK was lucky for us. He separated them. I am glad that I was able to play a part in making sure that we get some runs on the board today.

I am a wicket taker: Wanindu Hasranga

Sri Lanka leg-spinner Wanindu Hasaranga said the clarity of his role as a wicket-taker for RCB is helping him in IPL 2022. Hasaranga was roped in by RCB in this year’s big auction for Rs 10.75 crore. He is the highest paid Sri Lankan player in IPL.

He took 5 wickets for 18 runs against Sunrisers Hyderabad. Hasranga said after the match, ‘I am a wicket-taker and the team’s thinking is also like this. I want to take wickets with run-stopping bowling. This is my role in the team. With this performance, Hasranga (21 wickets) has moved to the second place in the list of highest wicket-takers in the current season behind Yuzvendra Chahal (22 wickets). Hasranga said, “I am very happy about my place in the team. I try to put pressure on the opposition by taking wickets in the middle overs.