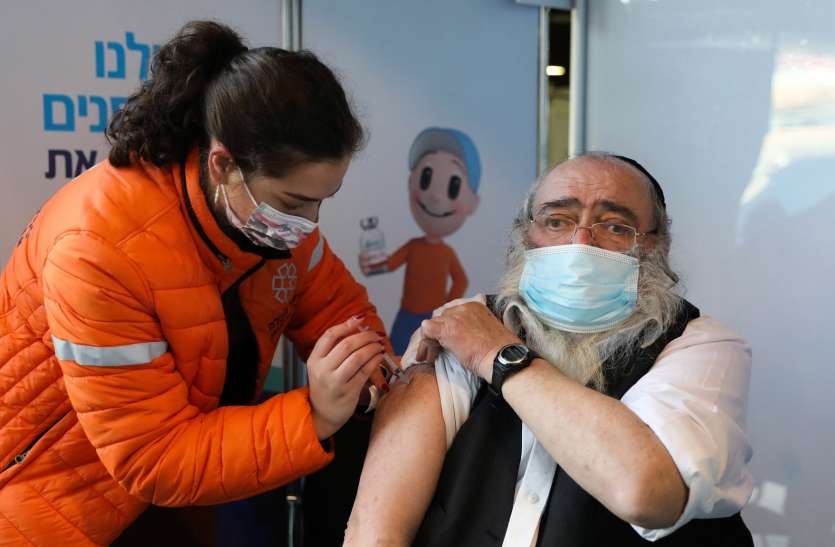 Adults were given the third dose of the Pfizer-BioNTech vaccine.

Jerusalem. Israel is taking more precautions regarding the Delta variant of Corona. He is also giving the third dose of Corona to the people. It has become the first country to do so. From last Monday, adults were given the third dose of Pfizer-BioNTech vaccine.

read this also: Explosion in bus full of Chinese nationals in Pakistan, at least 10 killed

The government has decided to introduce the third dose of the vaccine after the cases of Delta variant of Corona increased in the country.

They may get the third dose of the vaccine.

According to media reports, the Ministry of Health of Israel said that the third dose is being administered to people with weak immune system (low immunity). Along with this, it can also be decided to give the third dose to people who have undergone heart, lung, cancer and kidney transplant.

According to experts in Israel, in the current situation, the decision to apply the third dose is correct. Research on this is also going on. A month ago, less than ten patients of Delta variant were found daily, now this number has reached 452. According to the Ministry of Health, 81 patients of corona are admitted in the hospitals of the country. Of these, 58 percent have been vaccinated against Corona.

57.4 percent of the population received all the doses

The study has revealed that corona virus vaccines are effective against delta variants. Immunization campaigns in Israel have been at a rapid pace from the beginning. 57.4 percent of the population here has been fully immunized.

The third dose of corona vaccine is expected to provide better protection against beta variants of corona. The beta variant was first found in South Africa. This is the most powerful variant ever. It can spread more infection than the delta variant.