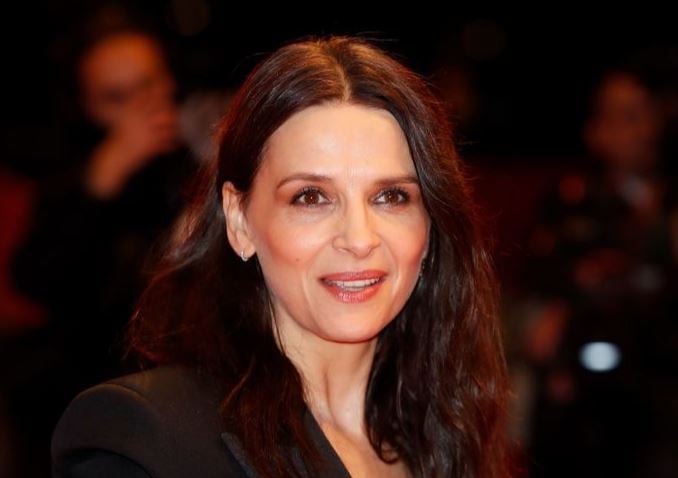 What Is Juliette Binoche’s Net Worth?

She is most widely recognized for her work in the “Three Colors” trilogy (1993–1994) and for her Oscar-winning performance in “The English Patient.” Binoche co-directed the 2007 documentary short “Laissez-les grandir ici!” and the 2010 short film “On bosse ici! On vit ici! On reste ici!,” and she published the 2008 book “Portraits in Eyes,” which features ink portraits of her film characters and the directors she has worked with. Juliette has also performed on Broadway, and she earned a Tony nomination and a Theatre World Award for her performance as Emma in Harold Pinter’s “Betrayal on Broadway” (2000).

Juliette Binoche was born on March 9, 1964, in Paris, France. Her mother, Monique Yvette Stalens, was a teacher, actress, and director, and her father, Jean-Marie Binoche, was an actor, director, and sculptor. Juliette’s maternal grandparents were also actors, and they were imprisoned at Auschwitz during the Holocaust as intellectuals. Binoche’s older sister, Marion, is a professional photographer and documentary filmmaker, and she directed 2009’s “Juliette Binoche – Sketches for a Portrait.” Juliette also has a half-brother, Camille Humeau, who is a musician. Juliette’s parents divorced when she was 4 years old, and she and Marion were sent to a boarding school. They spent their holidays with their grandmother and sometimes didn’t see their parents for months. Binoche began acting in school plays as a teenager, and at age 17, she starred in and directed a student production of Eugène Ionesco’s “Exit the King.” She briefly attended the Conservatoire National Supérieur d’Art Dramatique in Paris, but she dropped out because she didn’t like the curriculum. In 1980, Juliette got an agent and joined a touring theatre troupe. She took acting lessons with Vera Gregh and worked as an extra on the 1983 TF1 series “Dorothée, danseuse de corde.”

Binoche made her film debut in 1983’s “Liberty Belle,” then she appeared in 1985’s “Le Meilleur de la vie,” “Farewell Blaireau,” “Rendez-vous,” “Family Life,” “Les Nanas,” and “Hail Mary.” Her lead role in “Rendez-vous” has been described as “Juliette Binoche’s career-defining performance.” Juliette starred in 1986’s “Mauvais Sang” and “My Brother-in-Law Killed My Sister,” and she landed her first English-language role in 1988’s “The Unbearable Lightness of Being.” In 1992, she played Anna Barton in Louis Malle’s “Damage” and Cathy Linton / Catherine Earnshaw in “Emily Brontë’s Wuthering Heights,” then she starred as Julie Vignon de Courcy in “Three Colors: Blue” (1993), “Three Colors: White” (1994), and “Three Colors: Red” (1994), with “Three Colors: Blue ” earning her a Golden Globe nomination. In 1996, Binoche co-starred with Ralph Fiennes, Willem Dafoe, and Kristin Scott Thomas in “The English Patient” and won an Oscar and several other awards for her performance. She appeared in “Alice and Martin” (1998), “Children of the Century” (1999), “Code Unknown” (2000), and “The Widow of Saint-Pierre” (2000), and she earned her second Academy Award nomination for 2000’s “Chocolat.”

Juliette welcomed a son, Raphaël, with professional scuba diver André Halle on September 2, 1993, and a daughter, Hana, with actor Benoît Magimel on December 16, 1999. Binoche became a patron of Enfants d’Asie, a French Cambodian charity, in 1992 and is godmother to several Cambodian orphans; she also paid for the construction of a Battambang children’s home. Juliette has been a supporter of Reporters Without Borders since 2000, and in 2002, she was involved in the organization’s “Photos of Stars” campaign, in which dozens of French celebrities were given disposable cameras that were later auctioned off. Binoche attended a 2006 Reporters Without Borders demonstration in support of American journalist Jill Carroll and Iraqi journalists Marwan Khazaal and Reem Zeid, who had been kidnapped by gunmen in Baghdad. In 2010, Juliette spoke out about the plight of Iranian director Jafar Panahi, who had been incarcerated in a Tehran prison without being charged or convicted of anything. At a press conference calling for Panahi’s release, Binoche read a letter in which she said that his detention was “unwarranted and intolerable.” After Panahi was released on bail, it was said that Juliette’s appeal was “very influential” in his release. At a 2019 Berlin International Film Festival press conference, Binoche spoke about producer Harvey Weinstein (who is a convicted sex offender as of February 2020), stating, “I never had problems with him, but I could see that he had problems. As a producer he was wonderful, most of the time. I think he was a great producer. That we shouldn’t forget, even though it’s been difficult for some directors and actors and especially actresses. I just want to say peace to his mind and let justice do what it needs to do.”

Binoche has earned two Academy Award nominations, winning Best Actress in a Supporting Role for “The English Patient” (1997); her other nomination was for Best Actress in a Leading Role for “Chocolat” (2001). Both films earned her Golden Globe nominations as well, and she also received a nomination for “Three Colors: Blue” in 1994. For “The English Patient,” Juliette won awards from the BAFTA Awards, 20/20 Awards, Awards Circuit Community Awards, Berlin International Film Festival, Cabourg Romantic Film Festival, Chlotrudis Awards, Dallas-Fort Worth Film Critics Association Awards, and National Board of Review. She has been nominated for 10 César Awards, winning Best Actress (Meilleure actrice) for “Three Colors: Blue.” Binoche received an Outstanding European Achievement in World Cinema award at the 2019 European Film Awards, and she has also earned European Film Awards for “The Lovers on the Bridge,” “The English Patient,” and “Chocolat.”