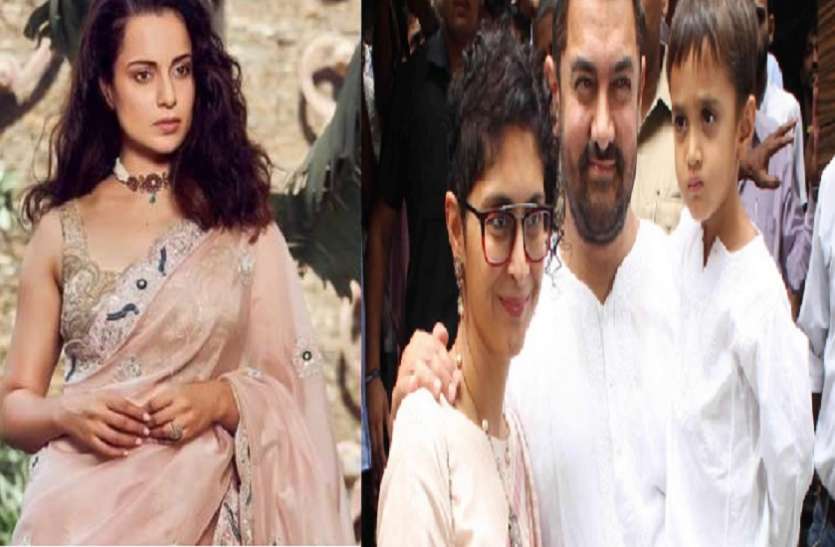 New Delhi. Bollywood queen Kangana Ranaut always remains in the news with her outspoken statements. She keeps her side mostly on issues related to society and politics, but this time her reaction has come with the divorce of Aamir Khan and Kiran Rao. Kangana has tried to target the Muslim community through the divorce of this couple. On which he has questioned why it is necessary to be a Muslim to marry a Muslim.

While sharing her post on Insta, Kangana wrote that there was a time when in Punjab it was mostly customary to make one child a Hindu and the other a Sikh. But such a trend has not been seen between Hindus and Muslims or between Sikhs and Muslims. Even after getting divorced by Aamir Khan sir, I am wondering why only children become Muslims after marrying a Muslim. Why can’t women become Hindus? This also needs to be changed with the changing times, this method is going to be very old and backward.

Read More:- Another lamp of Kapoor family’s entry in Bollywood, will be seen in Hansal Mehta’s film

Why the need to change religion?

Kangana Ranaut has also raised the question that, ‘If people of every caste religion, Hindu, Jain, Buddhist, Sikh, Radha Swami and atheist can live together in a family, then why not Muslims? Why do we need to leave our religion to marry a Muslim?’ This post of Kangana Ranaut is becoming increasingly viral on social media.

Let us tell you that recently, Aamir Khan has decided to keep a close eye on Kiran, this is his second divorce. Earlier, Aamir Khan had done Reena Dutta in 1986, and they got divorced in the year 2002. Reena and Aamir have two children – Junaid and Aira. At the same time, Aamir Khan’s second divorce happened with Kiran Rao. Aamir and Kiran’s son’s name is Azad.