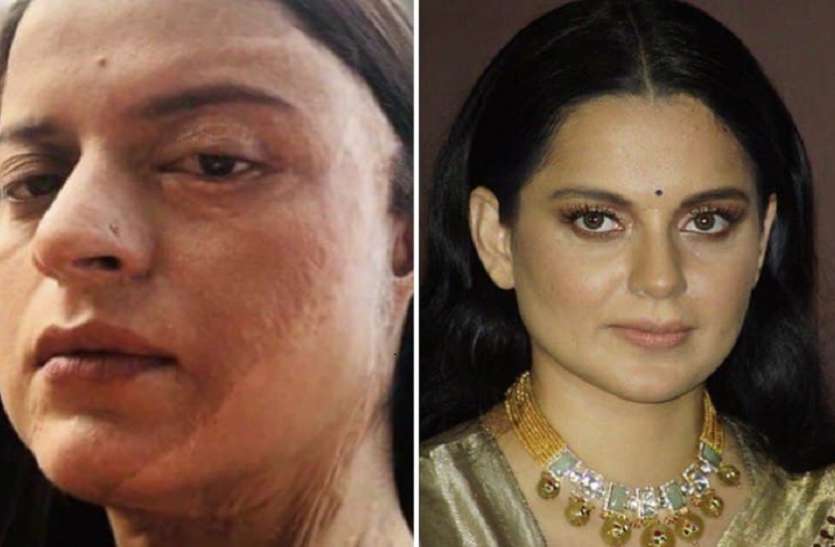 New Delhi. Bollywood actress Kangana Ranaut has been very active in social films as well as on social media. Often Kangana speaks on every issue and writes boldly. At the same time, she also shares many things related to her family on social media. Today, on the occasion of International Yoga Day, Kangana has posted some pictures of her family on Stories. In which his parents, brother Akshat and sister-in-law Ritu sister Rangoli are seen. With this, Kangana has shared a story about her sister Rangoli Chandel with her fans.

Kangana wrote about her sister Rangoli on her official Instagram that- ‘The story of Rangoli’s yoga is very inspiring. Kangana told that a mad lover threw acid on Rangoli’s face. At that time she was only 21 years old and had a third degree burn. Half of Rangoli’s face was burnt. Due to the acid, the eyesight was lost in one eye. One ear had melted there. The breasts were also damaged due to the acid. After the acid attack, Rangoli had about 53 surgeries in two to three years. But that too was not enough.

Was worried about mental health

Kangana further says that ‘she was most concerned about Rangoli’s mental health. Due to this accident, Rangoli had stopped speaking. Whatever happens in the house, Rangoli remains silent. Just kept looking at things. Kangana tells that Rangoli was engaged to an Air Force officer. When he saw the burnt face of Rangoli after the acid attack, he never came back. Even knowing this, not a tear shed from Rangoli’s eyes and no word came out of her mouth.’

Kangana further writes that when she talked to the doctors, the doctors said that ‘she has gone into shock. After which Rangoli was given therapy with the help of a psychiatrist. But even this did not make her well. Kangana told that when this incident happened with Rangoli, she was only 19 years old.

She used to do yoga with her teacher Surya Narayan. Kangana says that she did not know that this yoga can also help patients with burns and psychological trauma, retina transplant recovery and lost vision.

Rangoli is fine by doing yoga

Kangana finally writes that ‘she wanted Rangoli to talk to her no matter what. After which she would take them everywhere with her. Kangana says then she started taking Rangoli with herself to yoga class. Rangoli started doing yoga and then Kangana saw amazing transformation in her. Kangana tells that after doing yoga, Rangoli started laughing and even Rangoli would laugh at her bad jokes. Rangoli’s eyesight started coming back. Yoga is the answer to every question, have you tried it till now?’