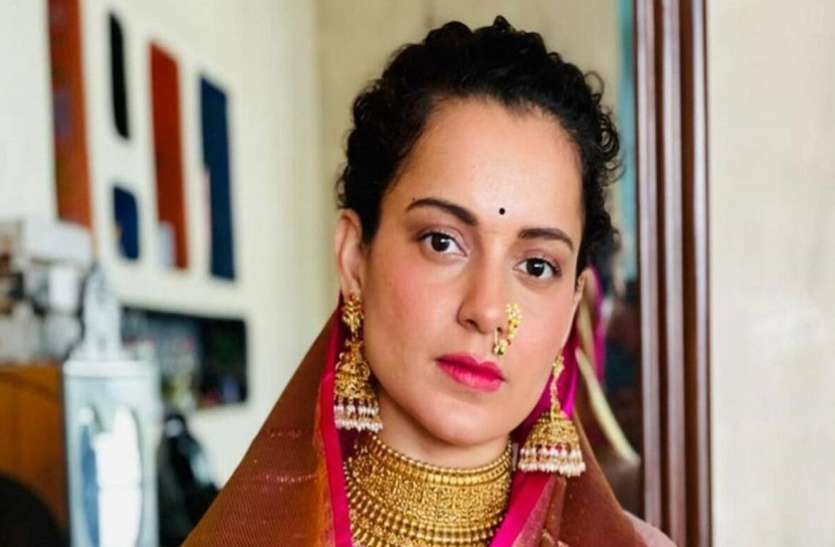 Kangana Ranaut talked about changing the name of the country, said – ‘India’ is a symbol of slavery

New Delhi. Bollywood actress Kangana Ranaut remains in the headlines every day. She is very active on social media and keeps sharing her thoughts with the fans. More than films, Kangana remains in the discussion due to controversies. Now Kangana has said that the name of the country should be changed from India to Bharat. Because the name India is a symbol of slavery.

Demand to change the name of the country
Actually, Kangana Ranaut has posted two stories from her Instagram account. In her story, Kangana has told the difference between India and Bharat. Kangana writes that India can rise only if it has its roots in ancient spirituality and wisdom, which is the soul of our great civilization. The world will look up to us and we will emerge as a world leader. If we go high in urban development but don’t become cheap imitation of western world and stay deeply engaged in Vedas, Gita and Yoga. So can we convert this slave name ‘India’ to ‘Bharat’?

Meaning of India explained
In her next post, Kangana writes, ‘The British gave us the slavery name India, which means East of the Indus River. Would you call a baby a short nose, another or a C section. What is this name? Let me tell you the meaning of India. It is made up of three Sanskrit words bha (bhava), ra (raga) and ta (taal). Yes, we were like this before we became slaves. Culturally and artistically the most developed civilization. There is a vibration in every name and the British knew that, so they gave new names not only to places but also to people and heritage. We must find our lost pride. Let us start with the name Bharat.

READ Also  These Bollywood actors keep themselves fit by boxing

Also read: When Anushka Sharma got angry with Virat Kohli during Bhutan trip

Kangana Ranaut’s upcoming movies
Talking about the work front, when is Kangana Ranaut’s film ‘Thalaivi’ ready for release. Its trailer has been released. But due to the second wave of Kovid, its release date had to be postponed. The film is a biopic of former Tamil Nadu Chief Minister Jayalalithaa. Kangana will be seen in the role of Jayalalithaa in the film. Fans are waiting when the film will be released. Apart from this, Kangana will also be seen in the films ‘Dhaakad’ and ‘Tejas’.