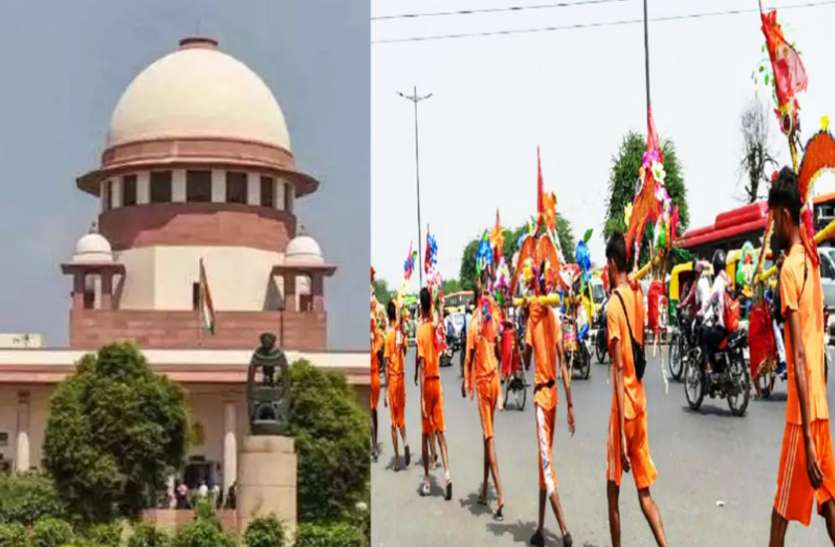 The Central Government told the Supreme Court that in view of the threat of Corona, Kanwariyas should not be allowed to bring Gangajal from Haridwar.

New Delhi. Hearing on Kavand Yatra was held in Supreme Court today. The Center filed an affidavit in the Supreme Court saying that the state governments should not allow the movement of kanwariyas to bring Ganga water from Haridwar in view of Corona. Along with this, the Center said that keeping in mind the religious sentiments, the state governments should be made available ‘Ganga Jal’ through tankers at different places. A bench of Justice RF Nariman and Justice BR Gavai heard the matter on Friday.

Citizen’s right to health is paramount
The Supreme Court on Friday said that the right to health of the citizens of the country is paramount and all other sentiments including religious sentiments are subject to it. The next hearing of the matter will take place on Monday. The counsel for the UP government said that after taking instructions from the government, he would present his side to the court on Monday.

Also read: After Varanasi, PM Modi is going to give a wonderful gift to this state, you will also be stunned to know

Ganga water made available through tankers
The Center said that Kavad Yatra is an age-old practice. Keeping in view the religious sentiments, the states should make arrangements for providing Gangajal through tankers. He said that due to Corona, it would not be right for kanwariyas to come to the temple of their area for Jalabhishek by taking Ganga water from Haridwar. In view of the current environment, it would be better to make available Gangajal from place to place through tankers.

Corona protocol will have to be followed
In the affidavit, the Center has also mentioned that keeping in mind the religious sentiments, the state governments should devise a system to provide ‘Ganga Jal’ from tankers. The Center while making its submission in the apex court said that the state governments should also ensure that the distribution of Gangajal among devotees and the rituals performed by such devotees in the nearby Shiva temples are followed by social distancing, wearing of masks and prevention of COVID-19. Proper behavior and all necessary steps of corona should be followed.

Also read: After cabinet expansion, PM Modi called an important meeting of ministers, know what is the matter