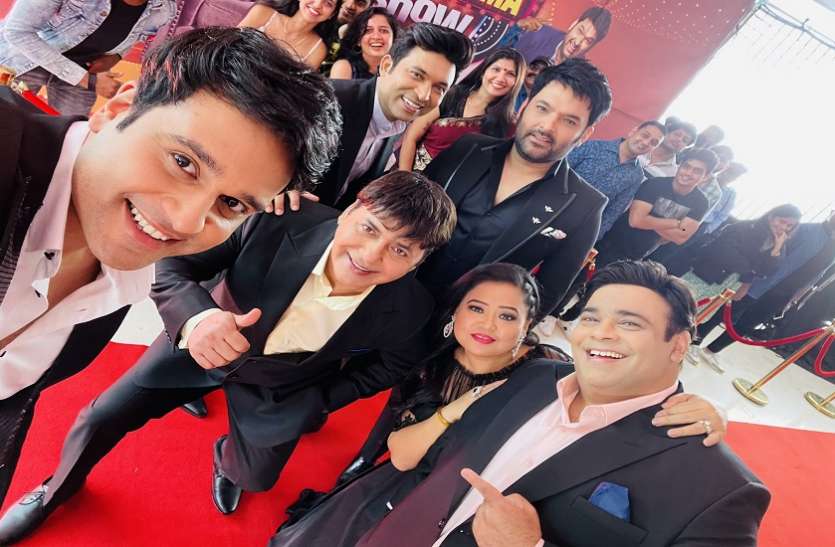 Kapil Sharma Announces His Comedy Show Is Coming Back Soon

New Delhi. TV’s most popular comedy show ‘The Kapil Sharma Show’ is going to knock on TV soon. For a long time, the fans were eagerly waiting for the return of the show. In such a situation, now this wait of the fans is over. Comedian Kapil Sharma has announced the new season of his show The Kapil Sharma today. Kapil has posted pictures with Starcast on social media regarding the show. Which is becoming fiercely viral on social media.

Kapil Sharma has shared some photos with the team of his show on his official Twitter handle. In these pictures, Bharti Singh, Krishna Abhishek, Chandu aka Chandan Prabhakar, Kiku Sharda, and Sudesh Lahiri are seen with Kapil. All are seen in black outfits. A beautiful smile is being seen on everyone’s face. Sharing these pictures, Kapil Sharma has announced his return with the caption. Kapil writes that ‘A new beginning with all the old faces’.

Also read- The Kapil Sharma Show is going to be closed! Fans got a big shock after hearing the news

Suspense created about the show

After this post of Kapil Sharma, a stir on social media has started. There is a lot of excitement among the fans due to the news of the return of the show. Commenting on this post of Kapil, fans are seen giving a lot of love to him and his team. However, till now Kapil has not disclosed when the show will go on air on TV. Even in such a situation, there is suspense about the show.

There was news of Sunil Grover’s return to the show

By the way, news about ‘The Kapil Sharma Show’ was also coming out for a long time that comedian and actor Sunil Grover can join the show again. At the same time, these reports were taken most seriously when Sunil Grover himself had hinted about working with Kapil. In an interview, Sunil Grover had said that ‘All the suits, saris, blouses and other items are kept in my wardrobe right now. Whenever I miss such characters, I go to the same wardrobe and see those things.

Whenever everyone at home falls asleep, I often wear those clothes to refresh my old memories. Sunil Grover also said that he has some good memories while working on the show and the show has given him a lot.