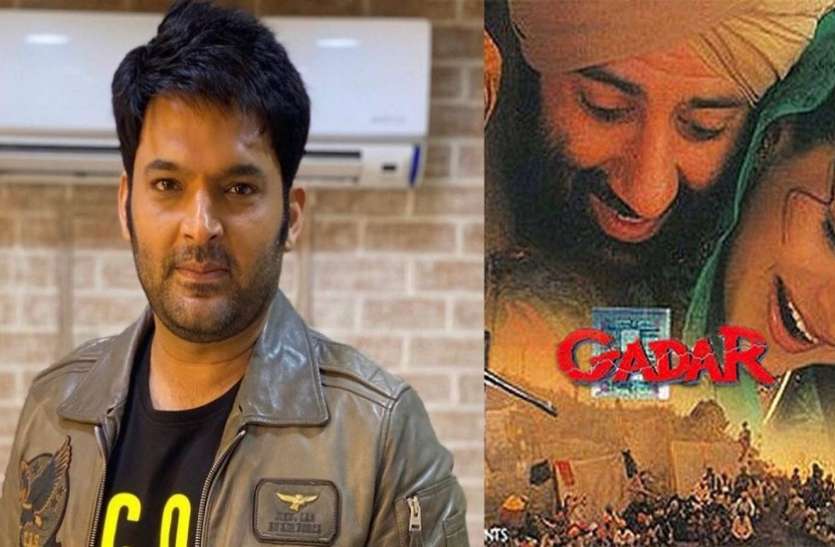 New Delhi. Comedian Kapil Sharma has achieved a big position on his own. His TV show The Kapil Sharma Show is a superhit. Fans love his show a lot. This is the reason why his popularity is no less than a big star. Kapil has also appeared on the big screen. He has worked in films like ‘Kis Kis Ko Pyaar Karoon’ and ‘Firangi’. But did you know that Kapil Sharma was a part of Sunny Deol’s superhit film ‘Gadar Ek Prem Katha’?

Also read: Sunny Deol and Archana Puran Singh did liplock in the swimming pool, the scene made a lot of headlines

Kapil revealed in the show
Kapil himself had told about this in his ‘The Kapil Sharma Show’. Sunny Deol had reached his show. During this, Kapil had disclosed this story. Kapil told, ‘At that time the shooting of Gadar was being done in Amritsar. Dad was in the police. In such a situation, his duty was engaged there. He asked me that the shooting of Sunny Deol’s film is going on, Tujhe Jaana Hai? I said yes A mob scene was being shot there that day.

Also read: Saira Banu had a miscarriage in the eighth month of pregnancy

Trouble in front of friends
Kapil further said, ‘I got on the train two or three times. Then I got the idea that my scene will not come in the crowd. As soon as the action director said action, the whole crowd ran towards that side. I saw that there is an empty area here. I ran over there. The director caught me and said – Oye. Then he gave me a sweet abuse. After that he said where is he running here and there. Then I ran back into the crowd. Kapil further explains, ‘When the film came, I took my friends. I told him that I too have a scene in the film. But when we saw the film, my scene was cut.