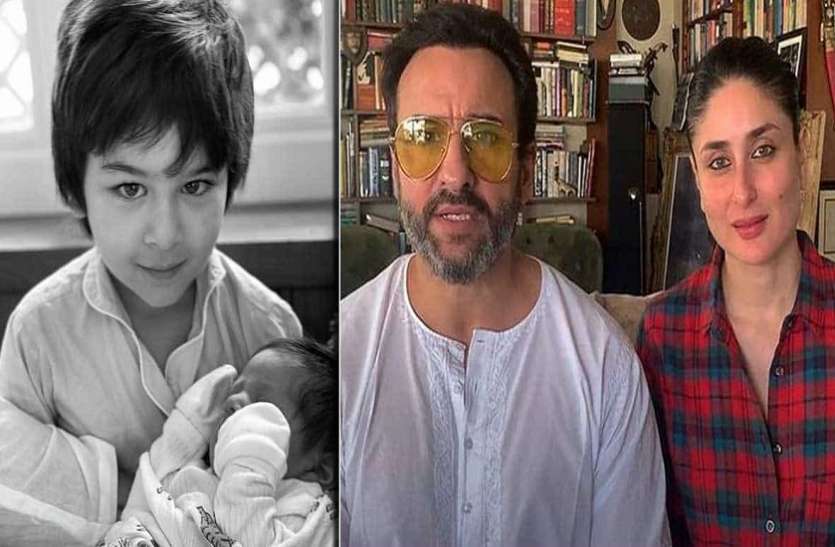 New Delhi. Bollywood actress Kareena Kapoor Khan gave birth to her second son on 21 February 2021. Since then the fans of Saif Ali Khan and Kareena are eagerly waiting to have a glimpse of their son and to know his name. There was a lot of stir on social media regarding the name of Kareena’s second son. There was also a lot of controversy regarding the name of the couple’s elder son Taimur Ali Khan. This was the reason that till now Saif-Kareena had not revealed the name of their second son. At the same time, according to the report of Bombay Times, Saif-Kareena have named their younger son.

According to a report in Bombay Times, Saif Ali Khan and Kareena Kapoor Khan had to put a lot of thought into naming their second son. According to reports, Saif-Kareena have named their younger son Jeh. So far no statement has come out from Saif and Kareena on this matter. On the other hand, it is being told that Saif wants to name his younger son after his father Mansoor Ali Khan Pataudi. In such a situation, everyone is waiting for the announcement of Saif-Kareena.

Want to keep son away from media

Kareena and Saif are yet to catch a glimpse of their son. Recently Kareena shared a picture. In which Taimur was seen sitting with his younger brother in his lap. The black and white picture of Taimur with his brother in his lap is becoming increasingly viral on social media. By the way, let us tell you that Saif and Kareena have made up their mind to keep their younger son away from the media. His son Taimur Ali Khan is likewise a favorite of the paparazzi.

Also read- Kareena Kapoor raised questions on the fees received in the industry on the basis of gender, the actor gave the answer like this

Talking about the workfront of Saif and Kareena, soon the actress will be seen in the film ‘Lal Singh Chaddha’. In which once again she will be seen with actor Aamir Khan. At the same time, the poster of Saif Ali Khan’s upcoming film ‘Bhoot Police’ has been released. Actor Arjun Kapoor will also be seen with her in the film. Recently Saif-Arjun went to Himachal for the shooting of the film.