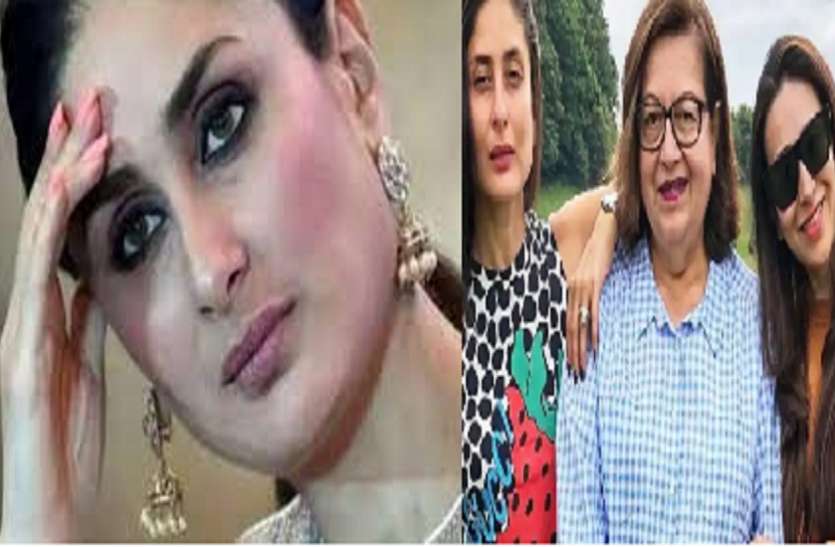 Kareena Kapoor made a big disclosure about the family

New Delhi. Kareena Kapoor Story: The name of actress Kareena Kapoor Khan is one of the most special actresses in the Bollywood industry. There was a time when apart from Kareena Kapoor’s mother Babita Kapoor, her elder daughter Karishma Kapoor also ruled the industry for a long time. But there came a time when this family of Kareena Kapoor had to face huge troubles.

Kareena Kapoor had told during an interview how she was brought up. Kareena had said that after separating from her father Randhir Kapoor, she and Karisma were brought up by her single mother Babita Kapoor and at that time she was leading a normal life like ordinary people. Used to use public transport. Because during that time we did not have the money to bear the expenses of the driver.

During an interview, when Kareena Kapoor was asked whether she also believed like her cousin Ranbir Kapoor that she was born in a luxury environment. Then Kareena replied, ‘I did not get a life of luxury. As people think about Kapoor family. My mother Babita and sister Karishma fought a lot to give me a better life. Especially my mother because she was a single mother. Everything was too limited for us.

Read More:- KRK predicted about the divorce of Priyanka Chopra and Nick Jonas, said this about Kareena Kapoor’s children

Kareena Kapoor had even told that she used to go to college by local trains instead of car. I took the school bus like every other child. We had a car and didn’t have that much money to pay the driver. Mother has raised me in such a way that whatever we have today, remain limited in the same way. We have also seen very bad days.

READ Also  Rakhi Sawant Debunks Rumours, Reiterates, 'My Husband Ritesh Is Real And Is In Canada'

Today Kareena has become the daughter-in-law of the Nawab family. She has recently given birth to a second child. There is a lot of discussion on social media about whose name Kamo is happening. The name of the younger son was revealed by his maternal grandfather Randhir Kapoor. In which the name of Kareena’s son was told as Jeh. Kareena and Saif were already parents to four-year-old Taimur.