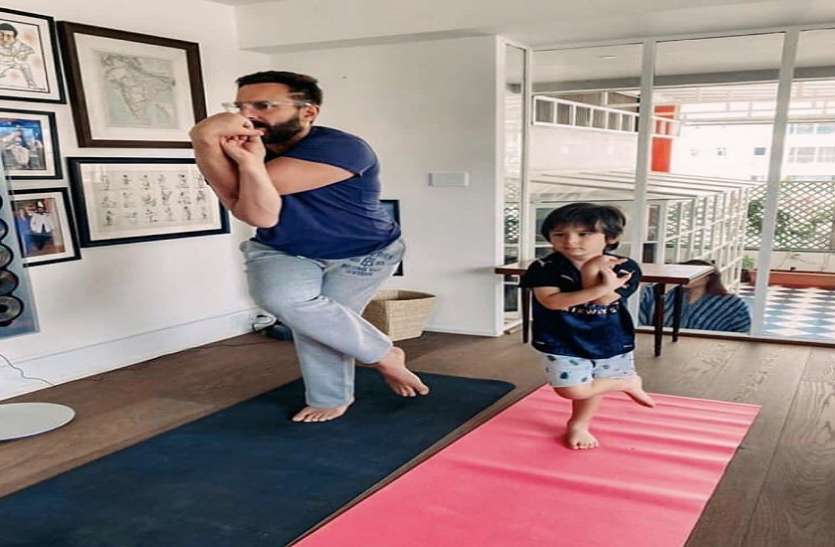 New Delhi. On the previous day, International Yoga Day was celebrated across the country. On this occasion, Bollywood celebs have posted many pictures and videos doing yoga on social media. Actress Kareena Kapoor Khan also posted a picture of herself doing yoga. Along with Bebo also posted a cute picture of husband Saif Ali Khan and son Taimur Ali Khan. In which Taimur is seen doing yoga with his father.

On social media, Kareena Kapoor Khan has posted two pictures from her official Instagram. In these pictures, Taimur is seen with father Saif Ali Khan. In the photo, Saif is seen wearing gray colored lowers. On the other hand, Taimur is seen in gray colored half pants. At the same time, both of them are wearing blue t-shirts while mingling. Fans are very fond of these pictures on social media.

Kareena Kapoor wrote a special thing in the caption

Sharing the photos, Kareena wrote in the caption #InternationalYogaDay. Kareena writes that we always inspire each other, because if seen, inspiration starts from home. Some time back, Kareena shared a picture. In which she was seen doing yoga. Let us tell you that Kareena started doing yoga from 2006. Bebo was also seen doing yoga during pregnancy.

Also read- Kareena Kapoor wanted a daughter as the first child, spoke about her heart in the interview

Kareena Kapoor keeps herself quite fit

Let us tell you that Kareena Kapoor Khan is also known for her fitness in the industry. It was Kareena who started the trend of zero figure in the industry. After Kareena’s first pregnancy, her transformation surprised everyone. Along with this, he had also inspired many women. Talking about the actress’s workfront, Kareena will soon be seen in the film ‘Lal Singh Chaddha’ with actor Aamir Khan. Currently, she is spending time with her younger son.