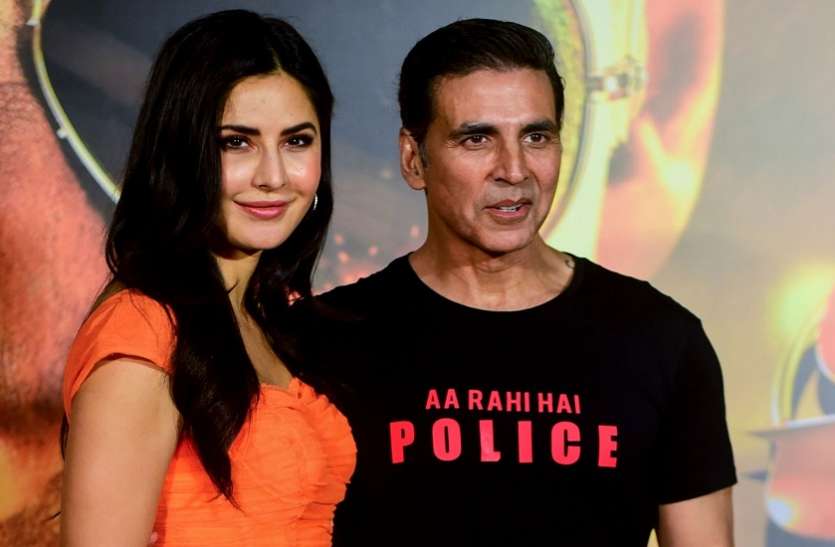 New Delhi. Bollywood actor Akshay Kumar has worked in many films with actress Katrina Kaif. The special thing is that the pair of Kat and Akshay was also well-liked on the big screen. Both have worked in many superhit films. At the same time, once again this pair is going to be seen in the film Sooryavanshi. For which his fans are very excited. Meanwhile, an anecdote about both is going viral in full swing. In which Katrina expressed her desire to tie rakhi to Akshay Kumar.

Revealed in Koffee with Karan

This is from the year 2016. When Katrina Kaif came on famous filmmaker Karan Johar’s popular show Koffee with Karan. In the show, Katrina told how she wanted to tie a rakhi to Akshay Kumar during the shooting of the song Sheela Ki Jawani from the film Tees Maar Khan. Katrina told that there was no one there and no one was paying attention to her.

He saw Akshay leaving. For which he had a lot of respect in his heart. whom she considered as her friend. Katrina said that she did not find anything wrong in this matter. When she asked Akshay if she could tie him a rakhi? So Akshay said that Katrina do you want to slap?

Also read- Katrina Kaif wants to do this work with Akshay Kumar, Twinkle Khanna may be angry

Arjun Kapoor was also asked to become a brother

Katrina tells that Akshay Kumar did not listen to her at all and refused to tie Rakhi. The same night, Katrina went to the night to party with her friends. She was already very sad. Then he saw Arjun Kapoor. Katrina says that Arjun was looking very cute at that time.

Katrina tells that when she asked Arjun that Arjun you are going to be my brother. On hearing this, Arjun Kapoor ran away from there. At the same time, when Katrina tried to talk to Arjun the next day too, he ran away again.

Also read- Katrina Kaif wants to do this work with Akshay Kumar, Twinkle Khanna may be angry

Kat is in headlines for her relationship with Vicky Kaushal

Talking about Katrina Kaif’s workfront, along with the film ‘Sooryavanshi’, she will soon be seen in the film ‘Tiger 4’ with actor Salman Khan. By the way, let us tell you that these days Katrina is in the headlines for her linkup with actor Vicky Kaushal. According to the news, the actress is dating Vicky Kaushal and soon both of them can also announce their relationship.