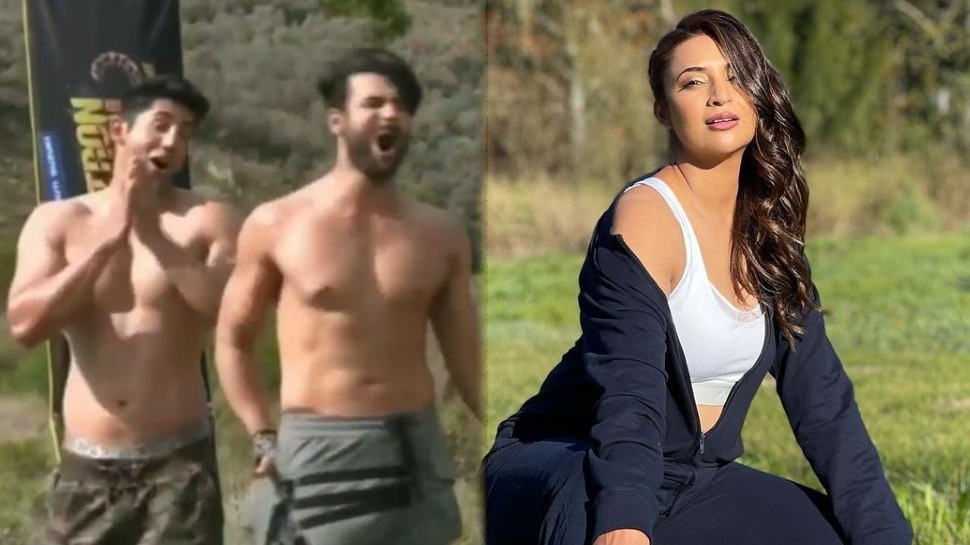 New Delhi: ‘Khatron Ke Khiladi 11’ has started in a big bang. As soon as the show started, the era of dangerous stunts started. Some contestants completed their tasks very brilliantly, while some raised their hands on seeing the task. Although the fans of Divyanka Tripathi, Abhinav Shukla, Arjun Bijlani and Sana Maqbool are praising them a lot, obviously their performance has been good.

Meanwhile, a video of Divyanka Tripathi is becoming increasingly viral on social media, after seeing which Divyanka’s fans are unable to stop laughing. Divyanka Tripathi is seen wearing a saree in this video. At the same time, Varun Sood and Vishal Aditya Singh are seen standing shirtless in front of him. Rohit Shetty is called by all the girls to rate both of them between 1 to 10.

As soon as the process starts, Sana Maqbool’s number one comes and she gives number seven to Vishal and 6 to Varun. After this, when asked to rate Divyanka Tripathi, she gives a very funny answer. Divyanka says, ‘Sir, I am ashamed to see this performance openly.’ Saying this she blushes and all the other contestants start laughing at the same time. Even Rohit Shetty could not control his laughter after listening to Divyanka.

READ Also  Call of Duty: Warzone pulls a Fortnite with the launch of its new map

Nikki Tamboli is out

Let me tell you, the first elimination of the show happened in the episode aired on Sunday. Nikki Tamboli is shown the way out of the show. She could not complete any one of the three tasks and kept on aborting each task. In the end, there was a fight between Vishal Aditya Singh and Nikki Tamboli. Vishal completed the task well. At the same time, Nikki refused to do the task for the third time as well. After this all the contestants were asked to cast their votes, in which the maximum votes were cast in the name of Nikki Tamboli and she was considered the weakest link