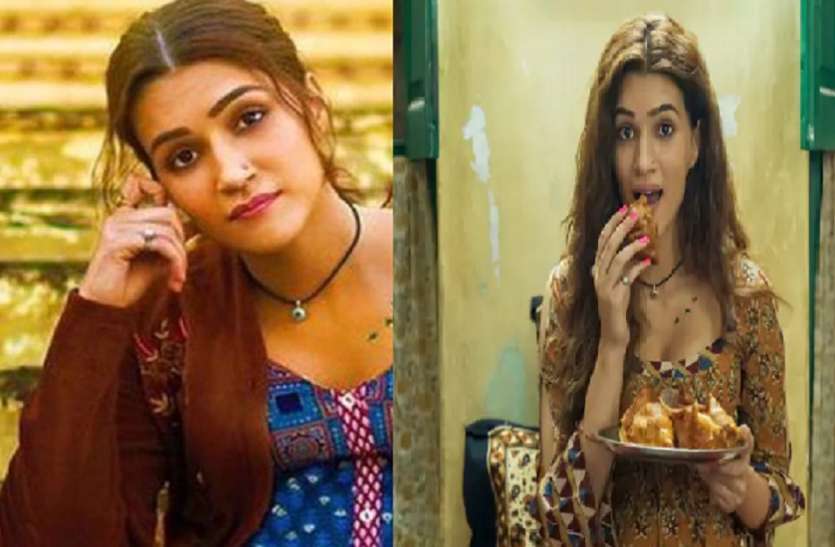 New Delhi. Bollywood’s beautiful actress Kriti Sanon will soon be seen with a new character in the film ‘Mimi’. The trailer of Kriti Sanon’s film was released on July 13. In this film, Kriti is playing the role of a street girl who becomes a surrogate of an English couple.

Read More:- When Sapna Choudhary was molested during the dance show, the celebrity singer got furious

Laxman sir told me “Mimi, i wanna see your face & believe that you are pregnant”
Being blessed with a good metabolism, gaining 15kgs was a challenge.. but when I saw how it translated on screen, it was all worth it!
Watch how: https://t.co/W9VwkJ8CsA@MaddockFilms #mimi

Kriti has increased her weight by 15 kg to suit this character of Mimi well. In a recently released video, Kriti has told how she changed her diet and molded herself into the look of a pregnant woman.

#mimi expected everything, except for this unexpected journey! 😉
Watch the glimpse of her unexpected story with your family. #MimiTrailer out now: https://t.co/S9jZvejnfR
Releasing on 30th July on @JioCinema & @NetflixIndia. #NothingLikeWhatYoureExpecting

Actress Kriti Sanon says she has worked hard to complete all stages of pregnancy in the upcoming film ‘Mimi’. In this, her look in a pregnant woman was true, so that she decided to increase her weight by not wearing a body suit. But during this time he has to face many problems.

Read More:- Katrina Kaif Birthay: Katrina Kaif is the owner of a bungalow worth seven crores and a car worth 2.5 crores, failing another actress in terms of earning

Compulsion to eat a lot even when there is no hunger

Kriti Sanon told that a lot of food had to be eaten to increase the body weight. To gain weight, I had to eat more and more things like breakfast, food, sweets, etc. The actress further said, ‘Every two hours, even though I was not hungry, I had to eat something or the other. After this, seeing the junk food, now I have started feeling bored. Apart from this, the exercise was far away from me. Which made me feel really unfit.

‘Mimi’ director Laxman Utekar said, ‘There is a difference between playing a character and becoming a character. Kriti has done this role with great depth. Utekar said that there are very few actors who keep the purity of their craft above their stardom. Kriti is the first artist who has displayed her art with truth.

It was necessary to drown in the character

Kriti talks about her character that even though she can burn calories later, it was the need of the hour to immerse herself in her character. Apart from Kriti Sanon, ‘Mimi’ also features Pankaj Tripathi, Sai Tamhankar, Supriya Pathak and Manoj Pahwa. The film will be released on July 30 on Jio Cinema and Netflix.