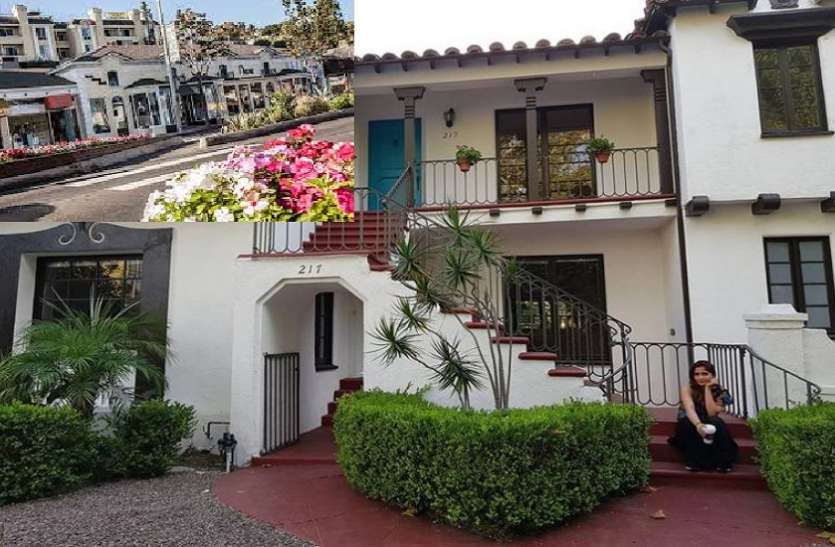 New Delhi. Krushna Abhishek has shown his acting and comedy skills from the small screen to the silver screen of Bollywood today. As a comedian, he is known from house to house. Krushna Abhishek’s acting journey has passed through many paths, he has also acted in Bhojpuri films and has taken his acting prowess in Bollywood. The hard work he has put in to achieve this position in life is not hidden from anyone. It is the result of his hard work that the bungalow he has today is the dream of the biggest star.

Actually, where Krishna Abhishek lives, it is a valuable house in the posh area of ​​Mumbai. Everyone will be surprised to see his bungalow. Such a luxurious house of Krishna Abhishek is not only in India but also in California, whose beauty you will also be stunned.

In fact, in the year 2017, Krishna’s sister and actress Aarti Singh shared a picture of Krishna’s California home on social media. In this, she was seen sitting outside this house. This house of Krishna is located in West Hollywood, California. On this post, Aarti wrote, ‘Finally, I came to my brother and sister-in-law’s house in West Hollywood … Very proud.’Krishna is Abhishek’s dream home.

Apart from this luxurious house of Krishna Abhishek, he is also fond of expensive vehicles. Krushna Abhishek and his wife Kashmera also own a beautiful red colored Audi car, apart from this, they enjoy a lot of beautiful moments by staying at home with their wife and children.

Apart from comedy shows, Krishna Abhishek has also worked in movies. These include the movie ‘Bol Bachchan’ with Abhishek Bachchan, Ajay Devgan and ‘Entertainment’ with Akshay Kumar. Krishna’s comedy shows include shows like ‘Comedy Circus 2’, ‘Comedy Circus Maha Sangram’, ‘Comedy Circus Ke Superstars’, ‘Comedy Nights Bachao’ and ‘The Kapil Sharma Show’. According to reports, Krushna Abhishek charges Rs 10 to 12 lakh per episode of ‘The Kapil Sharma’ show. In the year 2015, Krishna and his wife made a movie called ‘Marne Bhi Yaaro’. Kashmera was its director. Both also acted as leads in it. This movie could not be successful.