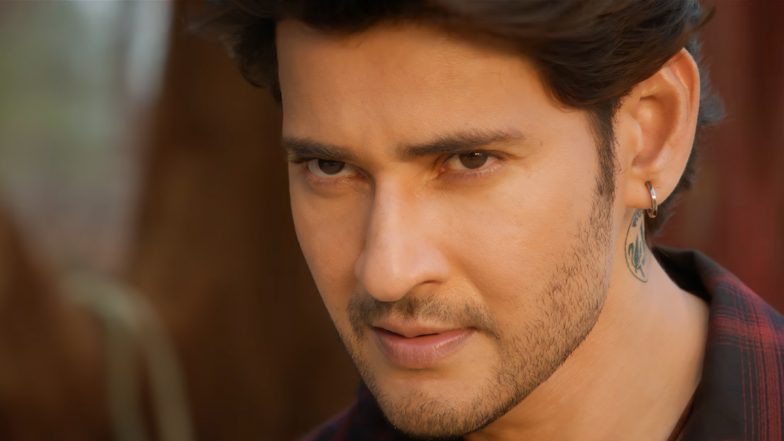 Mahesh Babu Talks About Telugu Cinema’s Pan-India Reach, Says ‘My Belief Is Turning Into a Reality’

South star Mahesh Babu on Monday said he is happy that the lines of what constitutes Indian cinema have “blurred” with the blockbuster performances of Telugu movies across the county. The actor-producer, one of the biggest stars of Telugu cinema courtesy his films “Businessman”, “Srimanthudu”, “Bharat Ane Nenu”, “Maharshi” and “Sarileru Neekevvaru”, said rather than pitching himself as a pan-India actor, his aim was to make movies from South a countrywide success. Sarkaru Vaari Paata: Mahesh Babu Opens Up About His Highlighting Scenes With Vennela Kishore in the Upcoming Film.

“I always wanted to do Telugu films and wished people across India would watch it. And now when that is happening I’m very happy. I always had this strong opinion that my strength is Telugu films and the emotion I understand is the Telugu film emotion. “Today the emotion is so strong, films have become so big that the lines have blurred and it’s become Indian cinema,” Babu said at the trailer launch of his upcoming production venture “Major”.

The 46-year-old actor said he has received numerous offers from the Hindi film industry, but he doesn’t feel the need to cross over. “I may sound arrogant, I did get a lot of offers in Hindi. But I think they can’t afford me. I don’t want to waste my time. The stardom and love I have here in Telugu cinema, I never thought of going to another industry. I always thought I will do films here and they will become bigger, and my belief is turning into a reality now. I can’t be happier,” he added.

READ Also  A Game Boy Advance might be the best way to watch Tenet, actually

“Major”, a multi-lingual biographical drama is based on the life of 2008 Mumbai terror attack martyr Major Sandeep Unnikrishnan. Starring Adivi Sesh in the titular role, the movie is directed by Sashi Kiran Tikka. The film is produced by Sony Pictures Films India in association with Babu’s GMB Entertainment and A+S Movies. Sarkaru Vaari Paata Song Penny: Mahesh Babu and Daughter Sitara Ghattamaneni Dance Their Hearts Out in This Addictive Track (Watch Video).

The project marks Babu’s first production effort in which he is not starring, but the actor said he is “proud” of the hard work the team has put in. “I saw the film last night… And I just want to congratulate the whole team. I have watched so many films, have had so many cinematic experiences, but when I saw this film, I just walked out of the screening and I was silent. I didn’t say a word, everything I saw on screen just stayed in mind. I just hugged Sesh,” he said.

More than the pressure, the movie star said there was a “responsibility” to tell Sandeep Unnikrishnan’s story in an accurate way. “I don’t think there was any pressure on us, but there was a responsibility. The only pressure the team felt was to tell this story in a proper way,” he said, adding that his wife, former actor Namrata Shirodkar, was more involved with the team of “Major” on the ground level than him. And as the film nears its June 3 release, the actor-producer is not at all concerned about the box office numbers.