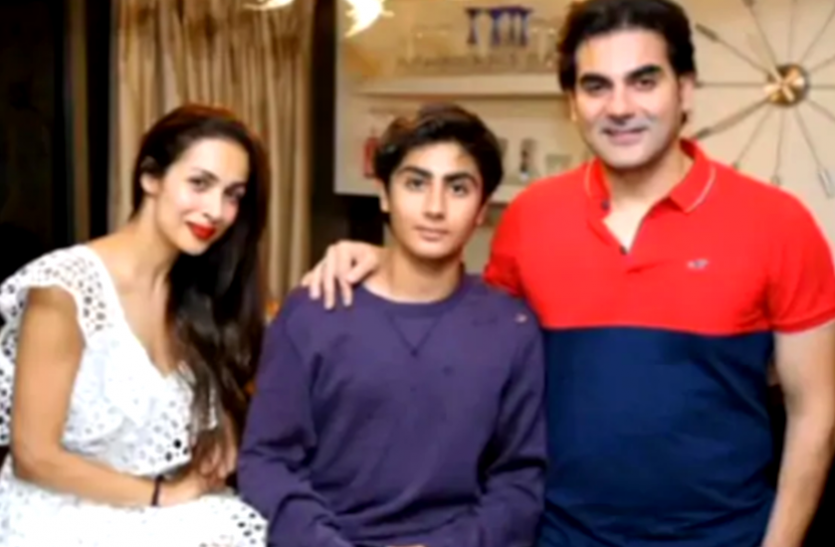 Mumbai. The news of breaking up of Bollywood actress Malaika Arora and Arbaaz Khan was in the news. Arbaaz’s involvement in betting is also said to be the reason for the breakup of this couple’s marriage. The actress also tried her best to rectify this addiction of Arbaaz. It is said that Arhaan, the son of both, once said such a thing during this time that Malaika did not take long to break the relationship.

son supported mother
Actually, when Malaika came to know through the news that her husband had lost around Rs 3 crore in betting, the actress tried to convince her. Malaika had instructed Arbaaz to improve even after talking about thinking about his son. However, this had no effect on Arbaaz. According to reports, once during this time the actress talked about her relationship with son Arhaan. The son supported the mother and opposed the father. Arhaan is said to have said that if the mother can be happy being separated from his father, then he too would not want to live with the father. Taking this matter seriously, Malaika decided to part ways with Arbaaz. When Arbaaz came to know about Arhaan’s talk, he did not even think of taking custody of his son.

Arbaaz-Malaika love story
According to reports, Arbaaz and Malaika met in 1993 while shooting for a coffee commercial. From here their friendship started and both of them dated each other for 5 years. After this, both got married in the year 1998. After 4 years of marriage, a son was born in their house. It was named Arhaan. In 2017, both decided to separate. On Kareena Kapoor’s radio show, Malaika had said on the decision to divorce, it is not very easy. There can be no bigger decision in your life than this. After all, someone is to blame for it. You have to point a finger at something. I think this is the nature of common people. We discussed everything and then decided it was best to part ways, because we were making things so bad for each other, affecting the lives of everyone around us. If you are in a marriage that is hurting, you should part ways with self-respect.’

It is worth noting that now the discussions of Malaika and Arjun Kapoor’s affair are common. They are often seen together and symbolically represent the relationship.