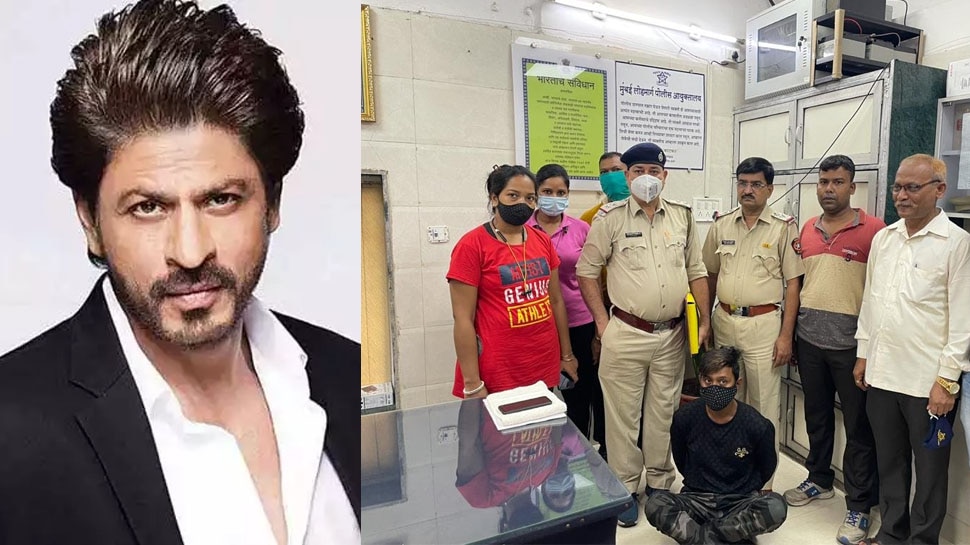 New Delhi: The brightness of Bollywood is such that every day many people from small towns leave for Mumbai. Has given a lot to many people in Hindi cinema. But under the guise of this beautiful industry, many people also do wrong things. Recently, a person doing similar work was arrested from Dadar.

man trafficking girls
According to a tweet made by news agency ANI, this man used to do trafficking of girls on the pretext. This person used to call himself event manager on social media and used to bluff girls to get work in Shahrukh Khan’s film. Police have rescued a 17-year-old girl who was brought from West Bengal to Mumbai.

Police arrested in Mumbai
GRP’s SI Dayaneshwar Katkar at Dadar station said, ‘GRP has rescued a 17-year-old girl who was brought to Mumbai from Palashipara in West Bengal on the pretext of getting work in Shah Rukh Khan’s film. The person who lured the girl by posing as the event manager on social media has been arrested.

GRP has rescued a 17-year-old who was trafficked from Palashipara, West Bengal to Mumbai with promise of providing roles in films with Shah Rukh Khan. The man, who lured the girl by posing as an event manager on social media, has been arrested: Dnyaneshwar Katkar, SI, Dadar GRP pic.twitter.com/zJnGfd6tJg

Shahrukh will soon be seen in this film
Let us tell you that even before this, many such cases have come to the fore in which black deeds have been carried out by taking the name of a big and famous star. This time the name of Shah Rukh Khan has been used in this case. Talking about the work front, King Khan will soon make a comeback at the box office through the film Pathan. The poster of the film has not been revealed yet.