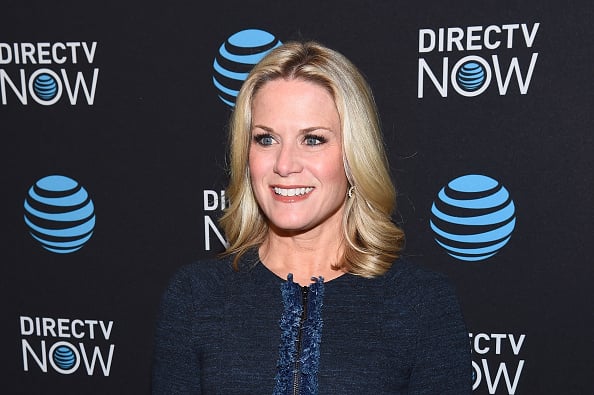 What is Martha MacCallum’s Net Worth and Salary?

Martha MacCallum is an American news host and political journalist who primarily is associated with the Fox News Channel. For her work on Fox News, Martha earns a salary of $2 million per year.

MacCallum was born on January 31, 1964 in Wyckoff, New Jersey. She is the daughter of Elizabeth and Douglas MacCallum, Jr. She attended Ramapo High School in Franklin Lakes, New Jersey. After finishing high school, she enrolled at St. Lawrence University in New York where she earned her bachelor’s degree in political science. She also studied at the Circle in the Square Theatre School on Broadway and was a founding member of the Miranda Theater Company. She then began working in corporate relations at Dow Jones & Company.

MacCallum’s first experience in broadcasting was with Wall Street Television where she worked as a business news correspondent  from 1991 to 1996. While there, she worked on the shows, “The Wall Street Journal Report,” “World Market Outlook,” and “Business USA.” In 1996, she decided to move to a different station and began working at WBIS-TV. The network set out to focus on sports and business but ultimately was not very successful and folded quickly.

MacCallum then worked as a news reporter and anchor for NBC/CNBC. She was a frequent contributor to the popular program, “The News with Brian Williams,” before landing the role of co-anchor on CNBC’s “Morning Call with Martha MacCallum and Ted David.”

In 2004, MacCallum moved to the Fox News Channel. From 2006 until 2010, she hosted, “The Live Desk” and then hosted, “America’s Newsroom” from 2010 until 2017. During these years, MacCallum interviewed many notable guests, including former President Barack Obama, late Senator John McCain, and General David Petraeus, among many others.

She also served as host for the new program, “The First 100 Days,” which debuted on January 9, 2017 as a replacement for “Tucker Carlson Tonight,” when that program moved to a different time slot. The show was aimed at tracking the first 100 days of former president Trump’s administration. “The First 100 Days” was then rebranded in April as “The Story with Martha MacCallum.” The show did well for a couple years but ratings began to fall in 2020 and the show was moved from the primetime 7 p.m. time slot to a 3 p.m. time slot.

Consistent with Fox News’ conservative-leaning programming, MaCallum vocalized her support for former president Trump’s administration. She on multiple occasions referred to the Covid-19 virus as the “China Virus,” but also stated that viruses are often named according to their origin. When a group of protestors stormed the Capital building in January of 2021 following Trump’s failed bid for reelection. MacCallum initialized characterized their actions as a “huge victory” and praised the way they had disrupted the system. However, while covering the events later, she described the protests and subsequent trespass into the Capitol building as unsettling.

For her work in journalism, MacCallum is a two-time recipient of the Gracie Award for Women in Journalism. She has also received the Soldiersocks Commitment to Serve Award.

In 1992, MacCallum married Dan Gregory at the St. Elizabeth Church in Manhattan, New York. The two had met at someone else’s wedding where Gregory asked her to dance with him. The couple have three children together – Elizabeth, Edward, and Harry. The family resides in New Jersey, where many of Gregory’s businesses have their headquarters.