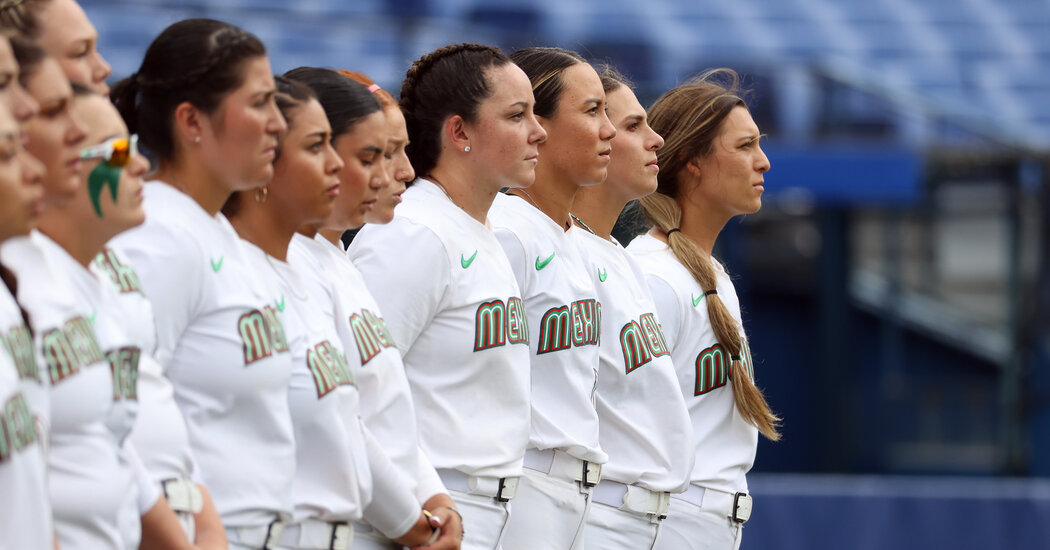 TOKYO – Players of the Mexican softball team apologized on Friday for leaving the team’s equipment with the country’s flag in the trash before heading home after the Tokyo Olympics – actions that have aroused the wrath of their own federation, other Mexican Olympians and fans.

“We are sorry that our team’s actions have caused such a disappointment for our Olympic supporters and fans across the country,” pitcher Danielle O’Toole wrote on Instagram in English and Spanish. O’Toole was a pitcher for the University of Arizona.

The day before, Mexican boxers Brianda Tamara and Esmeralda Falcón posted photos of the Mexico squad’s gear that they say was left in transparent garbage bags in Tokyo. In the photos there are empty soda bottles and coffee mugs mixed with a fielder’s glove and what look like team jackets and shirts.

“This uniform represents years of effort, sacrifice and tears”, wrote Tamara, who first published on the Findings. “All Mexican athletes aspire to wear it with dignity. And today, unfortunately, the Mexican softball team left everything in the trash of the Olympic Village.

Fans also reacted with anger. Some even crudely question the legacies of softball team members. Many of the players are Mexican-American and went to high school and college in the United States. Some have even played for US national teams.

The team, Mexico’s first in Olympic softball, lost to Canada 3-2 for fourth.

Responding to the outcry, the Mexican Softball Federation issued a firm statement Friday morning, Tokyo time, saying it was angry with the players responsible.

“We will conduct an investigation to find those responsible, apply the appropriate sanctions and ensure that they no longer represent the federation,” the statement said in part.

In previous comments to Olympic TV channel TV Azteca, Rolando Guerrero, president of the Mexican Softball Federation, said the players were given nine sets of clothing and were unable to pack everything in their suitcases, especially because of the space occupied by bats, gloves and other equipment.

Carlos Padilla, president of the Mexican Olympic Committee, told ESPN Deportes that the players took the bedspreads from their rooms instead of the official equipment. The report also noted that additional material had been found in the garbage, including clothing and sneakers from the opening ceremony.

O’Toole’s statement said the players took as many as they could each in their suitcases, including “all of our playing uniforms, embroidered clothing and softball gear.” She added that she and her teammates didn’t want to come across as disrespectful.

“We are going to work to do better and be better,” she said.

In its subsequent statement, the Mexican Softball Federation said the amount of equipment players had to carry was not a valid reason for their actions. He also apologized to all of Mexico.