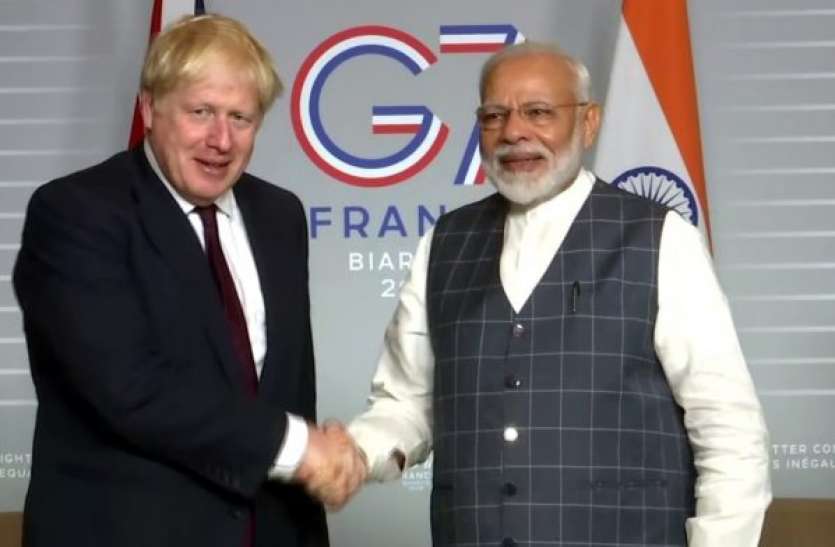 A picture appeared of PM Modi shaking hands with PM Boris Johnson at the G-7 summit.

London. There has been an uproar over the use of PM Narendra Modi’s picture during the campaign for the by-election in northern England. Overseas Indian groups have described Britain’s opposition Labor Party as “divisive” and “anti-India”.

Images of Modi shaking hands with Conservative Party leader and PM Boris Johnson at the 2019 G-7 summit appeared on campaign material for Thursday’s by-elections in Batley in West Yorkshire and Spain. Along with this is the message about the Tory MP that he should stay away.

After Tory MP Richard Holden posted a picture on Twitter, there were furious reactions on social media. He was asked the question whether Sir Keir Starmer, leader of the Labor Party, would not be seen shaking hands with the Indian PM.

Read More: Sputnik V: Why the delay in the launch of the Russian vaccine? Dr. Reddy’s explained the reason

There is anger among the leaders of the Labor Party regarding this propaganda material. The Labor Friends of India (LFIN) demanded its immediate withdrawal. He called it unfortunate that the Labor Party used the picture of the Prime Minister of India, the world’s largest democracy and one of Britain’s closest friends, on its campaign material.